A major conference at the Academy has focused a spotlight on the end of the First World War in 1918. Exclusive interviews with historians and excerpts from conference proceedings can be heard in a new episode of the podcast MAKRO MIKRO. 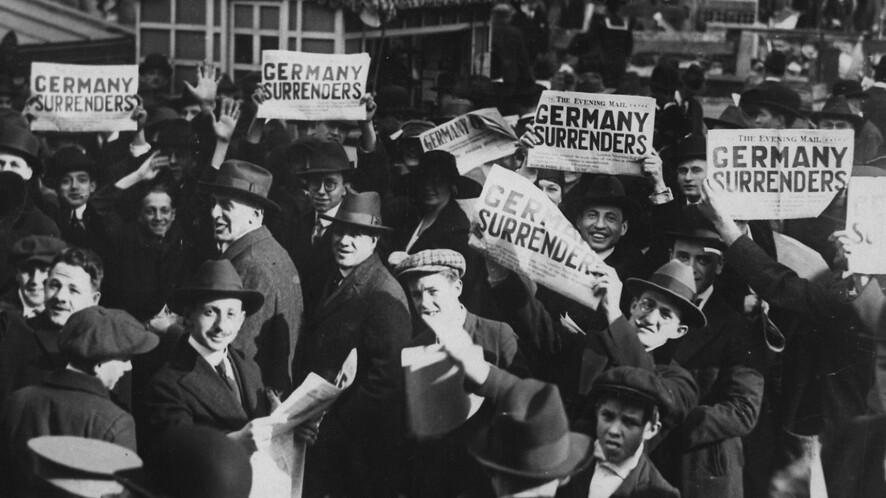 "All over Europe, the First World War left behind a trauma that, psychologically, has not been adequately processed," says historian Brigitte Mazohl, referring to the everyday commemorative culture of the post-war era, but also to a gap in historical research. This and other research gaps were discussed at an international conference held at the beginning of November at the Austrian Academy of Sciences (OeAW) in Vienna. The conference, "Surveying a Time Threshold. The Meaning of 1918 in European and Global Perspective", was timed to coincide with the centenary of the end of the "Great War".

Just how complex the topic is, even today, was demonstrated at the beginning of the conference by the keynote lecture from John Horne. The scholar from Trinity College, Dublin, asked the question: "When did the Great War end?" His deliberately provocative answer was, "Both before and after 1918". Because, according to Horne, there are certainly arguments that the First World War did not take place between 1914 and 1918, but between 1911 and 1923. Thus, even after 1918, violence continued, above all in the newly-created nation states in Eastern Europe. This was confirmed at the conference by his peer Rudolf Kucera from the Czech Academy of Sciences, who spoke about Czechoslovakia, Yugoslavia, and Poland. Even countries that emerged victorious from the war were anything but peaceful after 1918, as Kucera pointed out using case studies about ethnically-motivated acts of violence.

A turning point in history

Nevertheless, 1918 was a historic turning point or, as the Eastern European historian Arnold Suppan put it: "In 1918 there was a total break." This was particularly true for the transition from the great empires to the nation states. "We have to keep in mind that in 1918, especially in Central, Eastern, and Southeast Europe, as well as in the Middle East, centuries came to an end," says OeAW member Suppan in an interview in the podcast Podcast MAKRO MIKRO. With the downfall of the Russian, Ottoman, and German empires, as well as the collapse of the Austro-Hungarian empire, even great dynasties lost their power. "They disappeared within a few weeks. The hitherto monarchical principle ceased to exist, and was replaced by the principle of the sovereignty of the people”, says the historian.

But 1918 did not immediately signal the triumph of democracy. "On the one hand, new democratic societies emerged; but on the other hand, with the fascists, came a new wave of militarization," explains Brigitte Mazohl in MAKRO MIKRO  – a militarization that ultimately led to the Second World War.

From the First to the Second World War

At a World War I conference, it is impossible to avoid its big and even more dreadful brother. Was the first even an example for the second war? Peter Lieb, a historian at the Center for Military History and Social Sciences of the Bundeswehr in Potsdam, sees no consensus about this among historians. Conversely, however, it can certainly be stated that German warfare during the Second World War shaped the image of the First World War and the role of Germany in it.

Hew Strachan from the University of St Andrews in Scotland was also wary of historical comparisons, stressing that notions of World War I, such as that of the inevitable "total war", must be questioned. He pointed out that the assumption that the war was thought of as a World War from the beginning is inaccurate. Rather, it was an interaction of several factors, such as the mobilization of the colonies, along with revolutions, either imminent or already occurring, that eventually escalated local violence into a total war. Industrialization and technical innovations also played a role. "But what really fuels total war," says Strachan, "is politics and ideology".

Anatol Schmied-Kowarzik explained what such a "total war" meant not only for the soldiers on the front, but also for the everyday lives of people outside the immediate theater of war. The collapse of the Austro-Hungarian empire was not only due to a military failure, but also to its inability to provide sufficient supplies. The OeAW historian presented statistics on the per capita consumption of bread and how it decreased over the course of the war, accompanied by an increase in illness. In the end, the state authorities found themselves unable to assess the level of food production, as farmers began to make false statements. At the end of the war, the monarchy was economically in a sorry state.

But 1918 signified not only a demise, but also a new beginning. "New boundless worlds seemed possible", said Ingrid Sharp of the University of Leeds, citing literary figures writing about the zeitgeist, as well as women's movements that were forming at the time and fighting for emancipation and women's suffrage. "A general return to the old gender hierarchy was impossible. The post-war period was necessarily a renegotiation of gender relations," said Sharp.

This "renegotiation" was anything but easy, emphasized Christa Hämmerle from the University of Vienna. So far, little attention has been paid, for example, to the return of women from the war. Women were recruited en masse as typists, seamstresses, and cooks. "Towards the end of the war, 20,000 of these women were still employed," Hämmerle said. But we know almost nothing about this group after their demobilization. The same applies to the many who had been nurses during the war.

Similar to Brigitte Mazohl, Hämmerle emphasized the traumas that were dealt with inadequately, or not at all, after the war. "Along with the returning soldiers, these women shared traumatic war experiences that could not easily be talked about in the post-war period." Instead, a problematic commemorative culture emerged. "The soldiers were simply elevated to heroes, so as not to have to deal with the trauma psychologically."

All over Europe, the First World War left behind a trauma that, psychologically, has not been adequately processed.

The conference "Surveying a Time Threshold" was intended to contribute to the processing and remedying of residual traumas from the First World War. It was therefore particularly important to the organizers from the OeAW to invite scientists from countries that were considered victorious after 1918, as well as from those that were defeated. "Our aim was to process the end of the First World War as a shared European experience, and thus to overcome the former barriers between the enemy nations", explains Brigitte Mazohl.

The conference "Surveying a Time Threshold. The Meaning of 1918 in European and Global Perspective" took place in Vienna from the 3rd to the 6th of November 2018 at the OeAW and brought together around 50 academics from Austria and abroad.

Program OF THE ConferenCE

More about the keynote lecture "When did the Great War end?" by John Horne can be found in an interview with the historian on the OeAW website (in German).

More on the economic situation of the monarchy at the end of the war can be found in an article by OeAW historian, Anatol Schmied-Kowarzik, in the "History of Austria" blog in the Austrian daily "Der Standard". 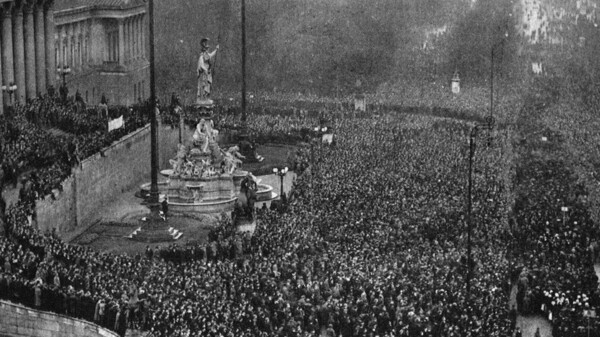