The “Sound Recordings of Austrian Dialects 1951–1983” from the Austrian Academy of Sciences are the latest additions to the "Memory of Austria" Register of UNESCO. The recordings of different dialects represent a unique cultural testimony to Austria's diverse linguistic past. 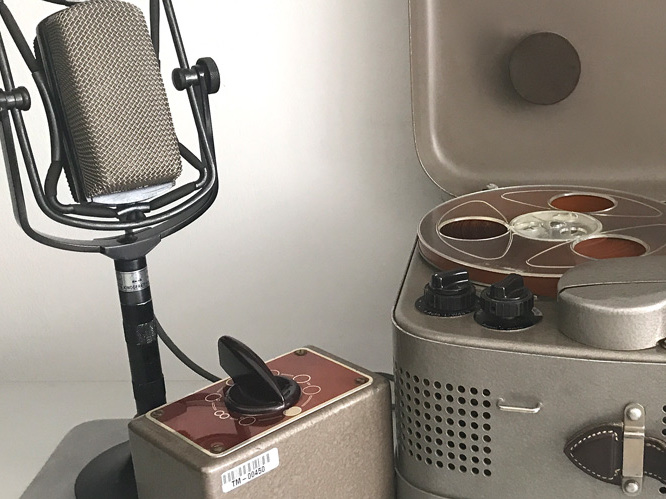 The oldest comprehensive collection of tapes on Austrian dialects is the latest addition to the UNESCO Directory on Austria's Memory. On September 14, 2018, the "Sound Recordings of Austrian Dialects 1951–1983” of the Austrian Academy of Sciences (OeAW) Phonogrammarchiv were ceremoniously incorporated into the national register of the UNESCO program "Memory of the World". The collection, with 1,748 individual recordings and a total duration of 251 hours, is considered a scientifically hitherto barely tapped treasure, especially in linguistics. The 2- to 6-minute audio recordings of dialect speakers allow unique insights into the diverse linguistic worlds as well as into the social- and cultural-historical living environment of Austrians in the middle of the 20th century.

"The inclusion of the collection in the national register of the UNESCO Memory of the World Programme is a great honor," says Helmut Kowar, director of the Phonogrammarchiv of the OeAW. "Together with the folk song collection 'Kotek', which was included in 2014, it underlines the importance of audiovisual documents for the cultural heritage of Austria, and for the identity of its population."

Recordings from the immediate environment

Acquisition of tape recordings of dialects started in the early 1950s when, under the aegis of the dialectologist Maria Hornung, linguists from the Commission for Dialectology and Onomastics, in cooperation with the Phonogrammarchiv of the OeAW, set about compiling the first comprehensive audio collection of dialects spoken in Austria. Over a period of nearly three decades they toured a variety of places in all states of Austria, equipped with simple recording devices. They completed standardized questionnaires with a variety of original dialect speakers, as well as recording their everyday language.

The recordings obtained represent the widest spectrum of native dialects, ranging from linguistic traditions of mountain valleys in Vorarlberg, through varieties of Styrian, to peculiarities of Viennese in individual districts. The content of the recordings includes aspects of the physical and cultural environment, traditional narratives such as fairy tales, and many other themes from the environment of those recorded.

These recordings are scientifically valuable in many ways. Probably the greatest potential is as a primary source in the field of linguistics. "The preservation of dialects is challenging because they are always changing, and it is difficult to capture the lived everyday language," explains linguist Christian Huber. "All the more informative are these recordings, because they provide such snapshots from the second half of the 20th century", adds Huber.

As the next goal, scientists aim to increase the potential of the resource using modern digital methods. In cooperation with the Austrian Center for Digital Humanities of the OeAW and the special research field German in Austria, they are planning to digitalize the dialect recordings and to make them available for scientific research purposes, as well as for the interested public. After the inclusion of the collection in the UNESCO register, the signs are good that the long-forgotten audiotape treasure will again take its place in the awareness of Austria’s cultural heritage.

UNESCO MEMORY OF THE WORLD