Physicists from the Austrian Academy of Sciences and the Vienna University of Technology want to use a new experiment in the Gran Sasso underground laboratory, Italy, to find out whether a so far unconfirmed signal proves the existence of dark matter. 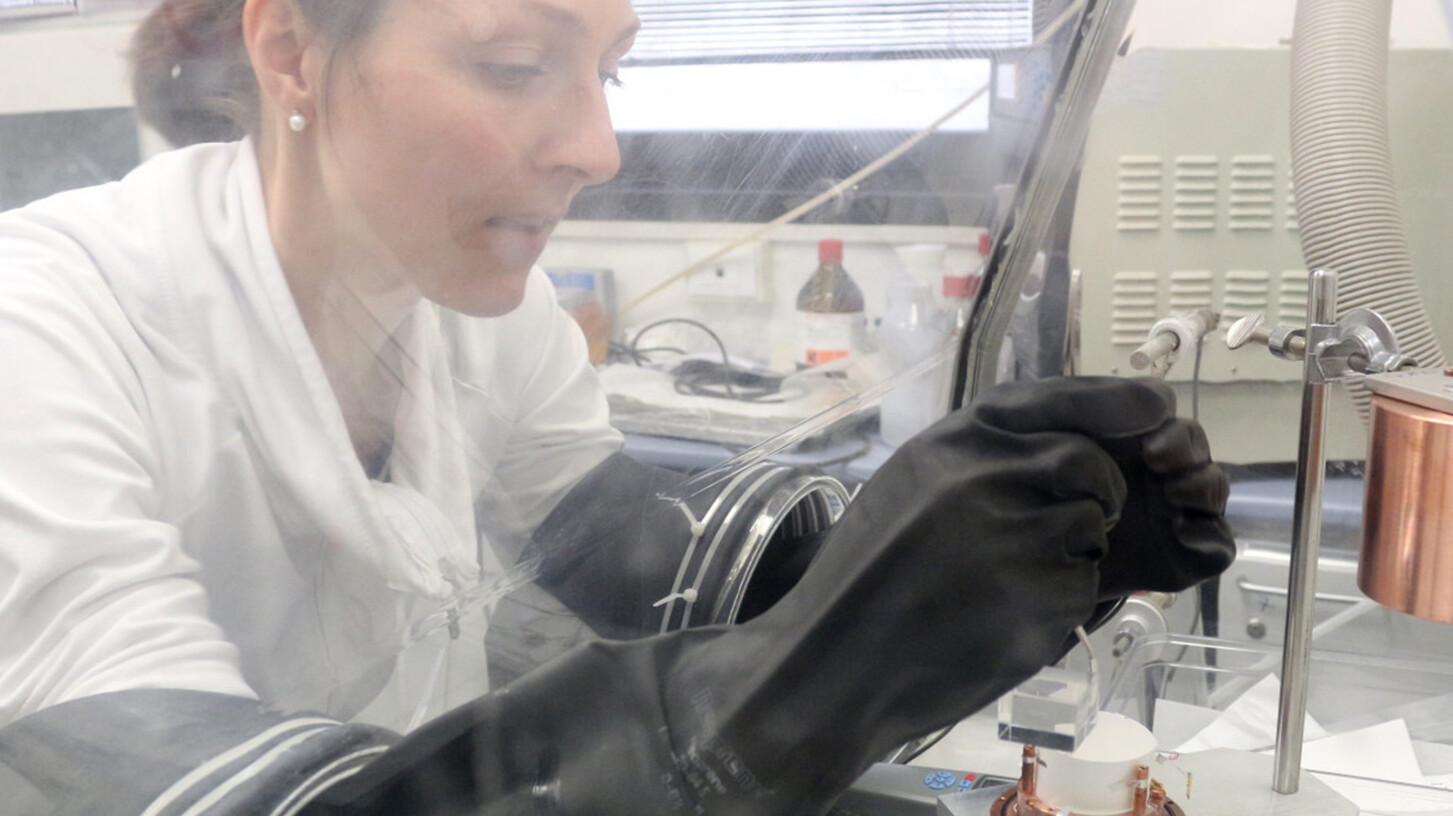 The characterization of dark matter has turned out to be a great challenge for physics. Scientists
are certain that dark matter exists, but it is unclear what properties it has. “In astronomical
observations, we can detect dark matter indirectly through its gravitation. But nobody
has seen it yet. Perhaps ‘transparent matter’ would be a better term, because dark
matter does not interact electromagnetically and light simply passes through,” says Florian
Reindl from the joint research group of the Institute of High Energy Physics at the Austrian
Academy of Sciences and the Vienna University of Technology.

In the past few years, many experiments intended to provide direct evidence of dark matter
have been developed. One of them has been delivering a signal for 20 years: “The DAMA
experiment was based on the idea that the earth moves in its orbit through the dark matter
halo of the galaxy. Then it would have headwinds in summer and tailwinds in winter, and
a detector on earth should measure more events in headwinds than in tailwinds. DAMA
has been measuring such a signal for more than 20 years. However, no other experiment
has been able to confirm the signal. We want to solve this puzzle with our COSINUS experiment,”
explains Reindl, spokesperson of the experiment.

An important step in this direction was the development of suitable detectors. For COSINUS
– which stands for Cryogenic Observatory for SIgnals seen in Next-generation Underground
Searches – special sodium iodide low-temperature detectors are used. If an atomic
nucleus in the crystal lattice of such a crystal is hit by a particle of dark matter, the crystal
heats up and lights up. The simultaneous reading of heat and light was developed as part
of CRESST, one of the leading experiments in the search for dark matter.
“DAMA also uses sodium iodide crystals. This makes a comparison with other experiments
difficult because they use different materials. Not only do we use the same detector material,
but we are the only team in the world to do it at low temperatures. This makes the sensors
so sensitive that we can even tell whether the nucleus or the shell of an atom in the detector
has been hit by potential dark matter,” says Reindl, who, together with Karoline
Schäffner from the Max Planck Institute for Physics in Munich, came up with the idea for
the experiment.

Because the experiment is so sensitive and therefore susceptible to interference, it must be
extremely well shielded. The physicists are therefore setting up their experiment in Gran
Sasso, Italy, 1400 meters deep in a mountain. “In addition, the detectors are shielded with
water, because the natural radiation in the mountain would otherwise provide a lot of interactions
with the shells of detector atoms. Therefore, dark matter signals, which we mainly
expect at the atomic nuclei of the crystals, should come out more clearly,” Reindl says.
As we know little about dark matter and its interactions, the uncertainties in experiments
are great. “If we could confirm the DAMA signal, it would be evidence that dark matter is a
particle that interacts with normal matter. That would be a big step. We now have the technology
to answer this question,” Reindl explains.

Exact testing of the DAMA signal is possible with the new low-temperature detectors. Florian
Reindl: “In principle, our detectors measure not only collisions via the resulting light,
but also the energy input with a thermometer. This system can be precisely calibrated and
gives a lot of information about the collisions.”

The physicists have now received the green light for one of the coveted places in the underground
laboratory from the scientific management of the Laboratori Nazionali del Gran
Sasso. “The planning phase is currently underway. The water tank is to be installed in early
2021. The start date of 2022 could hold despite the current Corona crisis,” Reindl hopes.
Then the measurements must run for at least a year. Afterwards, the researchers will know
more about the DAMA signal.

In addition to the Institute of High Energy Physics of the Austrian Academy of Sciences
and the Atominstitut of the Vienna University of Technology, further partners involved in
the experiment are the Istituto Nazionale di Fisica Nucleare (INFN), the Helsinki Institute
of Physics (HIP), and the Max Planck Institute for Physics in Munich. The sodium iodide
crystals are produced at the Shanghai Institute for Ceramics (SICCAS).