Do you speak Sogdian? Probably not, because the language is considered extinct. Iran expert Chiara Barbati from the OeAW has learnt the language and uses it as the key to explore the world of traders and missionaries who lived along the Silk Road in the Middle Ages.

When thinking about dead languages, Latin probably comes to most people's minds. Few have heard of Sogdian, but this Middle Iranian language was once widespread, specifically along the so-called "Silk Road", a network of trade routes connecting the Mediterranean and East Asia in antiquity and the Middle Ages. As a common language in Central Asia, it enabled, for example, Iranian and Chinese traders to communicate. Syriac monks also used Sogdian to talk to people on the Silk Road and to convert them to the Christian faith.

For Chiara Barbati from the Institute of Iranian Studies of the Austrian Academy of Sciences, the language opens a door to a long-lost world. She explores the rare manuscripts preserved from this period that tell of the lively cultural exchange in an area that today is characterized by tensions.

Dr. Barbati, how well do you understand Sogdian?

Chiara Barbati: I often ask myself that question too. The use of Sogdian spanned the period from the first centuries AD to the 11th century, covering a vast area from what is now Uzbekistan to China, from Mongolia to the north of Pakistan. In addition, the material has been handed down in a multilingual context. I see the study of this language as a puzzle that is still missing many pieces.

How do you learn a language that nobody has spoken for centuries?

Barbati: By translating texts, studying writing systems and dealing with grammar. And I try to imagine Sogdian as a living, rather than a "dead" language.

Do you have any idea how this language might have sounded?

Barbati: Yes, although it is not always easy. The language is preserved in various scriptures and in most of them short vowels were simply not written. Insights into the quantity and quality of Sogdian vowels have come mainly from the Syriac Estrangela alphabet.

I see the study of this language as a puzzle that is still missing many pieces.

Sogdian was the language of traders along the Silk Road. Have everyday texts also been preserved, for example descriptions of goods?

Barbati: Yes, we have for example the "Old Letters". They date back to the 4th century AD and were discovered in a watchtower on the road between Dunhuang (today's Gansu Province, China) and Loulan (today's Xinjiang Autonomous Region, China). Five letters are almost complete, with a sixth in poor condition, and there are also some fragments. These letters were written by Sogdian traders to their families in the region around Samarkand, in what is now Uzbekistan. They mention goods such as gold, wine, camphor (which at that time could only be sourced from India or Southeast Asia), and musk from Tibet and the Gansu Corridor, as well as cotton fabrics and linen. The letters were still sealed when they were discovered. One was even embroidered in silk. Their messages probably never reached their destination.

Many of the manuscripts and fragments you deal with have Christian content.

Barbati: I am currently examining around 1,000 manuscript fragments in Sogdian and Syriac languages and scripts. These fragments from the 9th and 11th centuries – psalters, lectionaries, hagiographies, prayers, calendars – are part of the religious and cultural heritage of Eastern Christianity. There is also a baptismal rite in the Syriac language containing instructions for the priest in Sogdian, or vice versa, a Sogdian lectionary with chapter headings in Syriac.

Sogdian was a Middle Iranian language that, from antiquity, was widely used in Central Asia. In the Middle Ages, it was displaced by the New Persian and Turkish languages. A modern version of Sogdian can be found in Yaghnobi, a language that is spoken in just a few villages in Tajikistan.

In our latitudes, Luther did not translate the Bible into German until the 16th century. Why were Christian texts in Asia translated into everyday language so early?

Barbati: Syriac-Oriental Christianity has its roots in the 2nd century AD in Edessa, today's Urfa in Turkey. The developing Church of the East started intense missionary and evangelizing activity towards Iran, Central Asia, China and India. These Christians wanted their religion to be understood on many levels. They wanted to found missions and convert distant populations, so they had to deal with secular rulers and other religious denominations. But Syriac-Oriental Christianity never became a state church.

I am currently examining around 1,000 manuscript fragments in Sogdian and Syriac languages. These fragments from the 9th and 11th centuries are part of the cultural heritage of Eastern Christianity.

Many of the texts you are working on come from a manuscript library excavated by a German expedition at the beginning of the 20th century in Bulayïq, in the Chinese region of Xinjiang. Have you been there yourself? What can you see there today?

Barbati: I was able to visit Bulayïq in 2015 as part of an APART scholarship from the OeAW. The site still looks as it would have looked to the German expedition over 100 years ago. Since then, no archaeological documentation or investigation has taken place. The manuscript fragments were brought to Berlin, and the site was not further investigated. Today, without this context, it is more difficult to understand the fragmented manuscripts. Although we are accustomed to describing Bulayïq as a "monastery" and a "monastery library", because Christian texts were found there, the question of whether there really was a monastery or a library there is completely open.

Today, some areas of the Silk Road are in war-torn and crisis-hit regions. Are you worried that cultural assets could be destroyed?

Barbati: Certainly. The current situation is not ideal, and not just along the so-called Silk Road. Personally, I hope that the willingness to engage in dialogue is preserved, and I advocate an attitude of openness, not isolation. With our work, we scientists can contribute to dialogue that requires mutual respect and understanding.

Chiara Barbati studied Indo-European Languages and Iranian Studies at the Sapienza University of Rome. After a research stay at the Berlin-Brandenburg Academy of Sciences she moved to the Institute of Iranian Studies of the OeAW. There she has been funded by, amongst others, an APART scholarship from the OeAW and the Lise Meitner Program of the Austrian Science Fund (FWF). In addition to her research in Vienna, she teaches at the University of Pisa.

The project "Scribal habits. A case study from Christian Medieval Central Asia" is funded by the FWF and began in early 2018.

InfoRMATION ABOUT THE PROJECT

INSTITUTE OF IRANIAN STUDIES OF THE OEAW 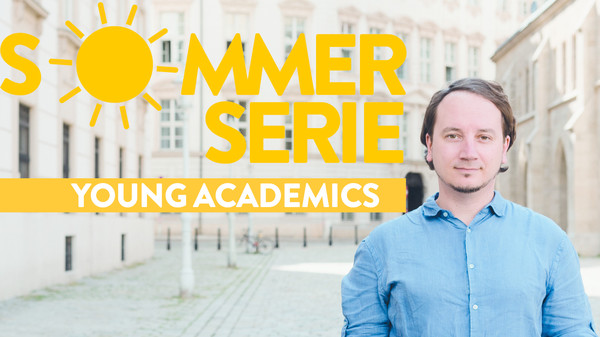