An international team led by Walter Pohl, a historian at the Austrian Academy of Sciences and the University of Vienna, is embarking on HistoGenes, a large-scale research project funded by the ERC. For the first time, medieval research will be expanded to include methods from genetics and archeology. 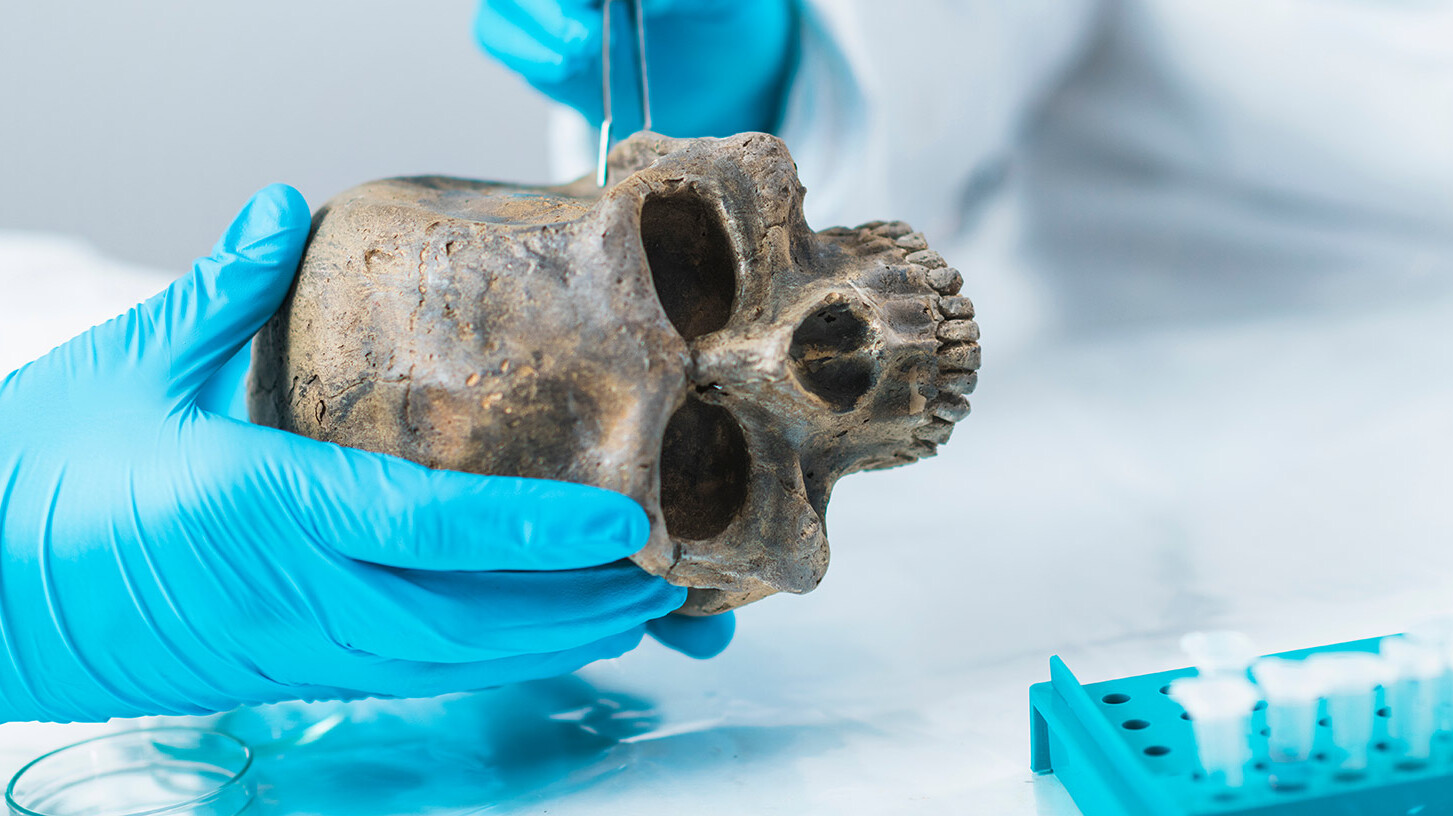 Over the next few years, 6,000 genetic samples from grave finds from the early Middle Ages will be the focus of work by scientists from disciplines as diverse as archeology, anthropology, genetics and history. It is the first study of its kind. The large number of finds forms the core of the project "HistoGenes" (Integrating genetic, archaeological and historical perspectives on Eastern Central Europe, 400-900 AD), which is funded by a Synergy Grant from the European Research Council (ERC). On February 18, it was presented publicly for the first time. The genetic analysis of ancient DNA and the historical interpretation of the results should provide new insights into the numerous resettlements that occurred during the "Migration Period".

The project is endowed with ten million euros over a period of six years. It is coordinated by Walter Pohl, director of the Institute for Medieval Research of the Austrian Academy of Sciences (OeAW) and Professor at the University of Vienna. In an interview, Walter Pohl explains how centuries-old genetic material can be researched and what can thereby be learned about the history of Europe.

What exactly is HistoGenes about?

Walter Pohl: The HistoGenes project brings together different disciplines: genetics, archeology, history and anthropology. It is about using new ways of analyzing ancient DNA to learn more about the population history of Eastern Central Europe. We want to examine the living conditions of people in the turbulent times of migration. Nowhere else in Europe between 400 and 900 AD were there so many migratory movements of different peoples as in the Carpathian Basin, i.e., between Vienna and Belgrade. This distant mirror can also tell us a lot about the different consequences of migration in general.

From a genetic point of view, HistoGenes is a breakthrough because never before has a project been carried out with so many samples of ancient DNA.

What new insights can be gained from the genetic analysis of ancient DNA?

Pohl: On the one hand, we can learn more about people and how they lived from 1,500 to 1,000 years ago. We can also gain new and better insights into the changes that occurred at this time. A big advantage is that, in the five centuries we are researching, we have well over 100,000 graves with burial objects that have been uncovered and documented. We will genetically sample 6,000 of these and examine them in more detail. From a genetic point of view, HistoGenes is a breakthrough because never before has a project been carried out with so many samples of ancient DNA.

And on the other hand?

Pohl: On the other hand, we can find out from the different sources how the various types of information fit together. We work with proven methods of archeological and historical research, as well as with scientific methods such as genetic analysis and isotope analysis, to illuminate the population history of a distant time from all directions – in other words, using the best of each research field.

The samples will be genetically analyzed using the latest methods, and pathogens will also be screened. So, we can see whether, for example, plague bacteria are detectable in these bones.

How do you go about testing the genetic samples?

Pohl: Our principle is not to take a few samples from hundreds of burial sites, but rather to sample entire burial sites to better understand past communities. The samples will be genetically analyzed using the latest methods, and pathogens will also be screened. So, we can see whether, for example, plague bacteria are detectable in these bones. Isotope analysis can be used to find out whether the people migrated to or were born in the area.

And where do anthropology, archeology and history come into play?

Pohl: Physical anthropology provides information about eating habits, examines the stresses on joints, and detects combat injuries to gain insights into the way of life. The age dating is checked archeologically, and the different ways of life are also analyzed on the basis of various object types, such as the stirrups that the Avars brought to Europe. Finally, we relate the results to what we know about the time from written sources, which exist for many of the groups in this region, including the Huns, Goths, Suebi, Gepids, Lombards, Avars, Slavs, Franks and Bavarians.

Archeogenetics is still a relatively new field of research. What is the historian's view of genetic data?

Pohl: The two historians involved in the project, Patrick Geary and I, have independently followed the development of archeogenetics since the 1990s – with interest, but also with concern: what if biological interpretations of human affiliations prevail again? It became clear that geneticists are not at the current level of research when it comes to historical interpretations. Conversely, historians find it difficult to understand the complexity of genetic methods. At HistoGenes, by contrast, all the disciplines involved work together to plan and interpret the genetic analyses. The project is therefore also of great methodological importance because nothing like this has been done before.

If we manage to create public awareness that belonging to a group is not biologically determined, but has grown historically and culturally, then the project has achieved something important.

How big is the team working on HistoGenes?

Pohl: There are four main institutions: the geneticist Johannes Krause at the Max Planck Institute for the Science of Human History in Jena, the archeologist Tivadar Vida at the University of Budapest, the historian Patrick Geary at the Institute for Advanced Study in Princeton, and me as a historian and coordinating project manager. In Vienna alone, three disciplines are involved. Project coordination and archeology is done at the OeAW, my historical part of the project is located at the University of Vienna, and the Natural History Museum examines the skeletons. There is also a team of population geneticists at Stony Brook University in New York, and a team in Mannheim where C14 and isotope analyses are a topic. In addition, there is also a whole network of researchers with whom we work. But the focal point of the project is Vienna.

What might we learn about the present from research into the living conditions 1,500 years ago?

Pohl: We know of course that, in more recent history, there have always been migratory movements and populations have been reconfigured, but this has not yet reached public awareness. A glance at the Vienna phone book would suffice. In many countries, nationalistic tendencies have spread once again. These try to base the distinctiveness of a people or nation on some genetic common ground in the distant past. Deciding who belongs and who does not based on dubious "racial" traits has already done a lot of damage in history. If the project succeeds in creating public awareness that belonging to a group is not biologically determined, but has grown historically and culturally, then it has contributed something important not only for research into the Middle Ages, but also in general.

Walter Pohl is a Professor at the Austrian Institute of Historical Research at the University of Vienna, Director of the Institute for Medieval Research of the OeAW, and a member of the Academy.

The project "HistoGenes" (Integrating genetic, archaeological and historical perspectives on Eastern Central Europe, 400-900 AD) is supported by a Synergy Grant from the ERC and was presented on February 18, 2020 at the University of Vienna (Sky Lounge, Oskar-Morgenstern-Platz 1, 1090 Vienna). 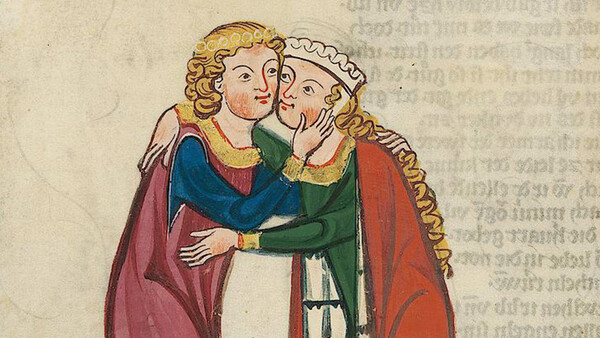