Space weather can occasionally cause problems on Earth, but the forecasts are currently subject to great uncertainties. A research team of the Austrian Academy of Sciences wants to change that. 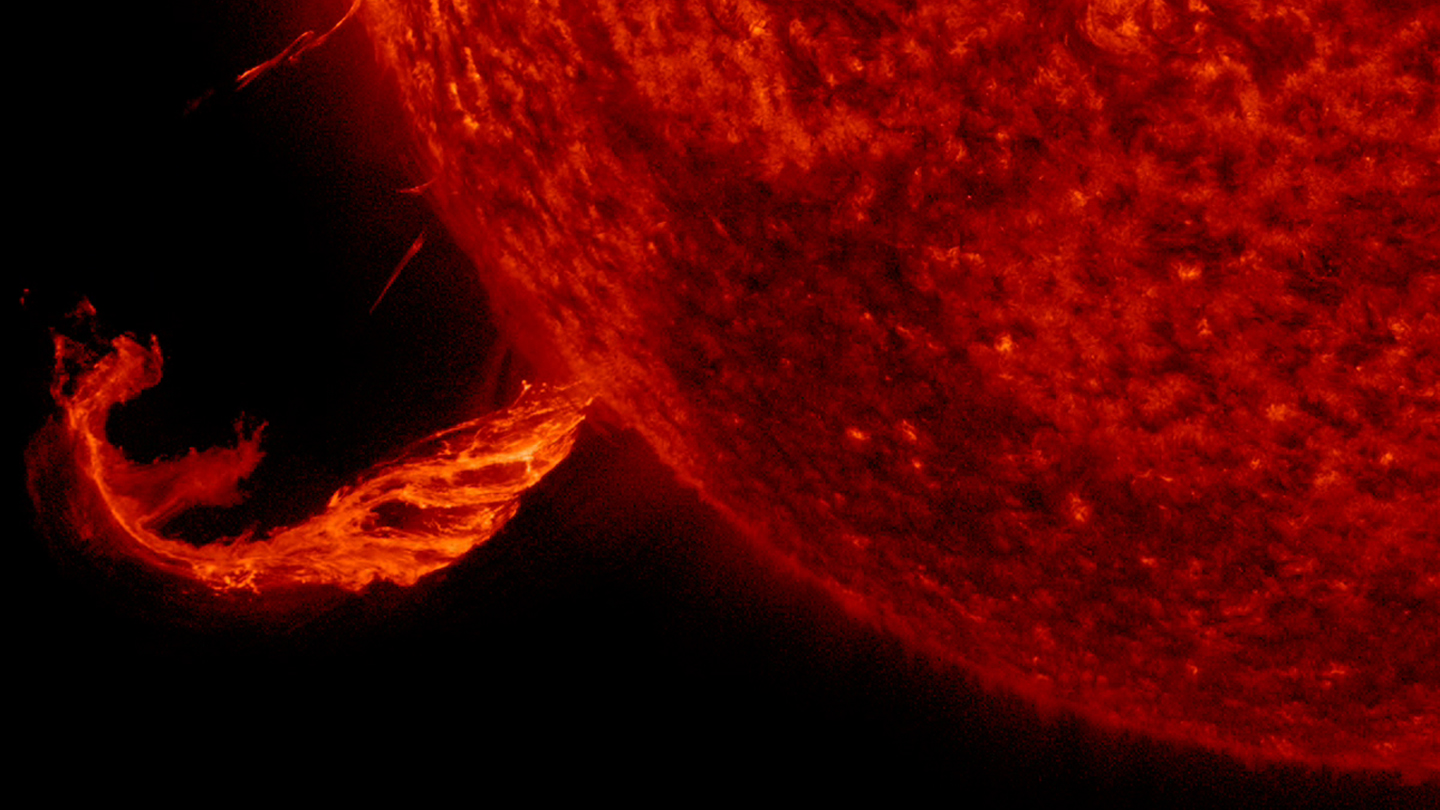 The sun continuously ejects charged particles, most of which are kept out by the Earth's magnetic field. But this stream of particles, the solar wind, is not uniform. So-called coronal mass ejections (CMEs), commonly known as solar storms, sometimes cause the particle density to rise sharply. If it hits Earth, a large solar storm could affect power grids, GPS systems, or satellites.

A violent geomagnetic storm can destroy electronic systems or slow down satellites.

"CMEs are the most powerful component of space weather. The charged particles interact with the Earth's magnetic field and can cause geomagnetic storms. A violent geomagnetic storm can destroy electronic systems or slow down satellites because it heats up the atmosphere, which then expands further into space and thus increases flow resistance", explains Tanja Amerstorfer, physicist at the Space Research Institute of the Austrian Academy of Sciences (OeAW).

The strongest documented solar storm to date, the so-called Carrington Event, took place in 1859. "At that time there was damage to the telegraph network and aurora (polar lights) could be seen as far as the latitudes of Hawaii. Because of the higher level of technology, the consequences of such an event today would likely be more drastic. Statistically, such severe solar storms hit the earth about once every 100 years", Amerstorfer says. Against this background, researchers are trying to make forecasts for space weather. However, this is anything but trivial.

In 2012, a particularly strong solar storm just missed the Earth.

"Unfortunately, the accuracy still leaves something to be desired. Currently, the arrival of a solar storm, which takes about one to three days to get from the sun to the Earth, can be predicted with an average absolute error of 10 hours. But there are often false alarms too", Amerstorfer explains. When a solar storm is expected, flight routes sometimes need to be changed because the area around the Earth's poles is particularly badly affected. Power grids and other vulnerable infrastructure usually cannot simply be turned off. "In 2012, a particularly strong solar storm just missed the Earth", the physicist says.

Together with her team, Amerstorfer is trying to develop new models that will enable a more accurate prediction of the speed and arrival time of solar storms. "In addition to size, shape and direction, we have to take into account the orientation of the magnetic field within the solar storm. If there is a strong southern component, the interactions with the Earth's magnetic field are significantly stronger", Amerstorfer explains. The researchers are currently dependent on data from NASA satellites for their models. Most CME prediction models are based on images from coronagraphs, which monitor the outermost region of the sun, the corona, and thereby make only a very small part of the CME spread visible.

Our model uses data from wide-angle cameras that can track a solar storm on its way to Earth from a side view.

"Our model is special in that it uses data from wide-angle cameras that can track a solar storm on its way to Earth from a side view", Amerstorfer explains. The model used is based on a two-dimensional representation of the CME front and assumes an elliptical shape within the ecliptic. However, this is a great simplification, just like the assumption that the solar wind is uniform.

In the future, this model should be able to accommodate the scenario that the CME front can deform due to the interaction with the structured background solar wind, which should enable a more realistic description of the spread and development of solar storms. "We don't yet know if the inclusion of additional details will make the predictions much better, but that's what we want to find out", Amerstorfer says. In the future, data from a space weather mission planned by the European Space Agency (ESA) could make real-time forecasting even more accurate. "An inaccuracy in the arrival time prediction of +/- 8 hours seems realistic", the OeAW space researcher says.