The corona pandemic is ruthlessly exposing the vulnerability of our societies. How can we make our societies healthier now and in the future? That was one of the questions dealt with at the Joint Academy Day of the OeAW and the Royal Society of Canada, during which experts discussed current socio-political challenges. 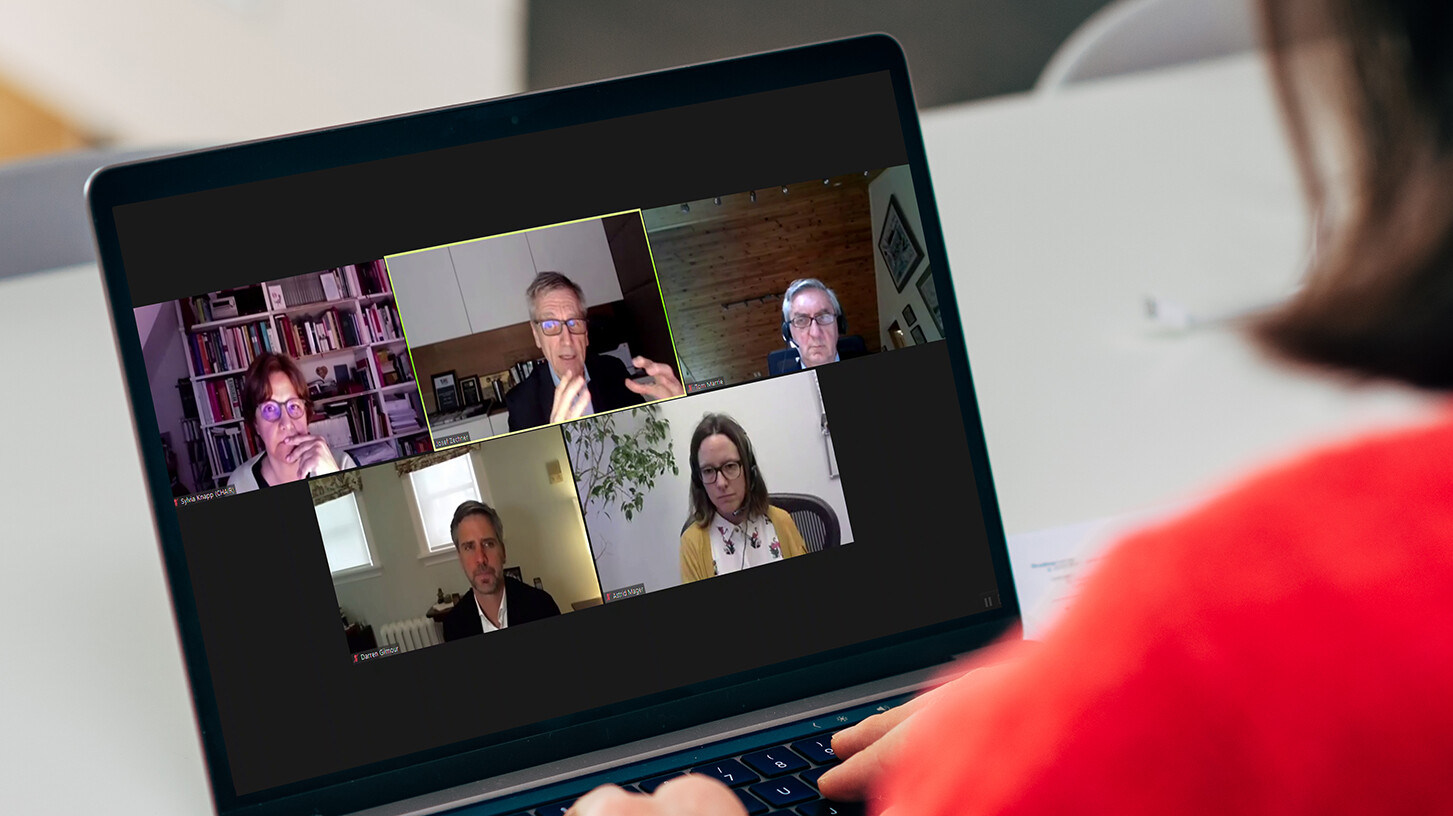 Who wouldn't want to know how to live longer? Science has interesting answers to this question. "Our biological starting conditions and genes shape our life expectancy by only 25%," says Marc Luy, population scientist at the Vienna Institute of Demography of the Austrian Academy of Sciences (OeAW) and member of the Young Academy of the OeAW. "The rest comes down to decisions that we make." Sounds good, but the problem is that not all people have the same opportunities. "The life expectancy of academics in Austria and the EU is seven years higher," explains Judit Simon, an expert in health economics at the Medical University of Vienna. The COVID-19 crisis has shown that vulnerable groups such as the elderly, the homeless, people of color, and indigenous populations are hit particularly hard. How can these disadvantages be counteracted?

Global challenges and how they can be solved were a central theme of this year's "Joint Academy Day", which was launched by the OeAW in 2018 to strengthen cooperation with partner academies from all over the world and to address topics relevant to science and science policy. Due to the corona pandemic, the discussions took place via Zoom webinars. The advantage of this was that a broad audience from all over the world was able to tune in. The discussion partner on March 18, 2021 was the Royal Society of Canada (RSC).

COVID-19 naturally played a role in almost all the discussions. Often, however, the topic was examined from a new, surprising point of view. The "Healthy Societies" panel discussion mentioned above, for example, debated how a society can be made healthier. "In Austria and Europe, only around 3% is used for prevention. That has to change," says Simon. Another challenge is to make hospitals more flexible so they can better adapt to crisis situations. "The situation in Japan showed that not only the number of hospital beds is important, but also the flexibility to quickly convert them into intensive care beds. In the case of COVID-19, this failed in Japan despite the good starting position."

Another decisive factor is the difference between life expectancy and the healthy years that people have, explained demographer Luy. To determine this value, people were asked whether they had felt impaired in their health in the past six months. In Germany and Austria there is a gap between these values: life expectancy is high, but the number of healthy years low. Sweden changed the questionnaire – and with it the results. You first tick whether you feel impaired in principle. Only if you answer "Yes" are you then forwarded to the next sub-questions. In German-speaking countries, on the other hand, you can tick all points, which leads to dilution. "The Germans always have something to complain about," says Luy: "You can see from this how absurd health statistics can be."

Awareness campaign on corona in Canada

The COVID-19 crisis made it possible to directly observe how science works, emphasized Astrid Mager from the Institute of Technology Assessment of the OeAW. Has trust in science increased as a result? How do you deal with fake news? Infectious disease specialist Tom Marrie from Dalhousie University in Canada (more from him in an interview on the OeAW website) spoke about the awareness campaign that Canada started: 400 experts have been involved in the "Task Force on COVID-19" to provide briefings for politics and the public, as well as to counteract internet myths. A media campaign was started with the hashtag #sciencefirst to promote scientifically sound data and to increase trust in research. "Covid has exposed the weaknesses of our society," says Marrie – in Canada, a disproportionately large number of people died in old people's homes: "We must learn from this to build smaller, better nursing homes and to talk to those affected to find out their needs."

To prevent COVID-19 outbreaks in prison, numerous prisoners were released with a digital ankle bracelet. "No crimes have happened. We must therefore ask ourselves: why are our prisons so full? Aren't there other solutions than locking people up?", Marrie asks.

The topic of how transatlantic exchange could be improved was also discussed. In the panel "Ideas Crossing the Atlantic: Multicultural Citizenship, Minority Cultures and Religious Diversity as Challenges in Liberal Democracies", the literary scholar Maria Löschnigg from the Institute of English Studies at the University of Graz explained why the short story is particularly suitable for talking about crises and migration because of its fragmented form. "Literature not only gives marginalized groups a public voice, but it can also make migration tangible," Löschnigg says. 35 out of 78 of her graduating students deal with Canadian literature. A good example of a successful cultural exchange.

What academies can contribute to overcoming current scientific and societal challenges is traditionally what the annual "Joint Academy Day" of the Austrian Academy of Sciences (OeAW) is about. This year the Royal Society of Canada was invited to Vienna. Due to the pandemic, the meeting took place on March 18 as a virtual webinar and was explicitly aimed at the public. The entire event, which, in addition to the corona crisis, also dealt with climate change, biodiversity, and public health in individual sessions, can be viewed on the OeAW's YouTube channel.

“People are even delivering the vaccine on dogsleds”