With the publication of the volume „Die Wiener Hofburg seit 1918. Von der Residenz zum Museumsquartier“ by the Austrian Academy of Sciences Press, a major humanities project has been successfully completed. From its origins as a medieval quadrangular castle to its transformation into a modern center of public life, the history behind the protected monument is consequently one of the most comprehensively researched of any imperial residence worldwide. 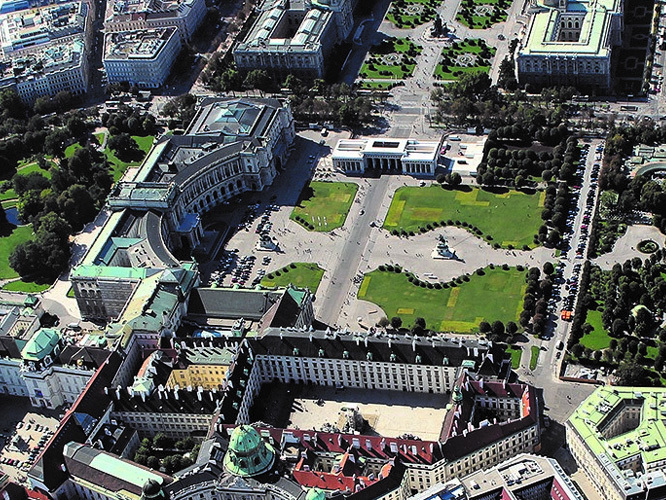 Since 2005, in one of the largest humanities research projects of the Second Republic, around 40 scientists from diverse institutions and disciplines under the auspices of the Institute of History of Art and Musicology of the Austrian Academy of Sciences (OeAW) have dedicated themselves to the nearly 800-year history of the Vienna Hofburg, focusing on its architectural history.

Using state-of-the-art scientific methods, they uncovered new details of the medieval origins of the residence as a rectangular fortified castle with four corner towers in the 13th century, as well as long-forgotten uses, bold construction projects – such as the never-fully-realized "Imperial Forum" – and dynastic ambitions of the Habsburgs, who left their mark on the Hofburg with its 18 wings, 19 courtyards, and 2,600 rooms.

The findings of the investigations have been presented to the research community and the public since 2012 in the series "Publications on the Architectural and Functional History of the Vienna Hofburg", published by the OeAW Press in German. In five volumes with a total of around 3,000 pages, historical points of view, architectural blueprints, photographs, and virtual 3D reconstructions illustrate the development of the building complex. As the seat of government of the Dukes and Archdukes of Austria, the Roman-German kings and emperors, and the Emperors of Austria, the Hofburg was at the center of European politics from the Middle Ages to the 20th century.

Bridge to the present

The fifth and last volume of the series published by the OeAW Press, "Die Wiener Hofburg seit 1918. Von der Residenz zum Museumsquartier", edited by the art historian Maria Welzig, bridges the gap between the past and the present. It shows how the Hofburg, even after it ceased to be the Habsburg seat of power, with its numerous wings, courtyards and parks, remained a central stage in political and cultural developments in Austria.

The work explores new and in large part unrealized functions for the unfinished building complex in the First Republic, for instance as a "people's palace", as an "entertainment establishment", or as an art and cultural center. Also analyzed are the attempts of political affiliation to the Hapsburg era by Austrofascism and the appropriation of the Hofburg and its history for Nazi propaganda. The latter has anchored itself in collective memory by, amongst other things, Adolf Hitler’s infamous speech on 15 March 1938 from the balcony of the New Castle.

After the end of the Second World War, the Second Republic revisited old traditions by establishing the seat of the Federal President in the Leopoldine wing, which had been known since the 18th century as the "Ruling Wing". The volume further focuses on cultural-historical issues, such as "The Hofburg as a setting in film and literature", "The Hofburg as a symbol of Austria?", or "The Hofburg in the cultural-historical mirror of the Spanish Riding School". Also illuminated is the development of the Hofburg and its surrounds into one of the most important cultural districts in Austria with the creation of the Museumsquartier in the former court stables.

The publication of the last volume in the year of the anniversary of the Republic of Austria also marks the completion of this major project carried out by the ÖAW. Supported in part by ten individual projects funded by the Austrian Science Fund (FWF), knowledge of the Hofburg has been advanced so substantially that the former Habsburg center of power is now one of the best-researched residences in the world.

This was not least thanks to the close cooperation between numerous Austrian research and cultural institutions, strong integration in international residency research, and interdisciplinary collaborations, involving not only art historians and architectural archaeologists, but also historians, theater scholars, cultural scientists, and digitalization experts. Interested readers can now form a picture for themselves of the latest research results about the Hofburg and of the turbulent history of this architectural monument. 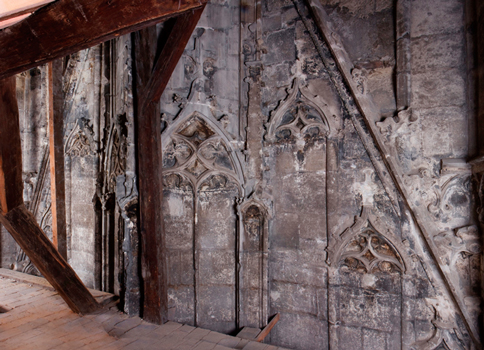