Thousands of sheets of music in St. Stephen's Cathedral in Vienna suffered water damage due to a dripping tap. But, after months of work, musicologist Elisabeth Hilscher from the Austrian Academy of Sciences and her students from the University of Vienna have been able to save the historic music archive. Protective measures have now been successfully put in place. 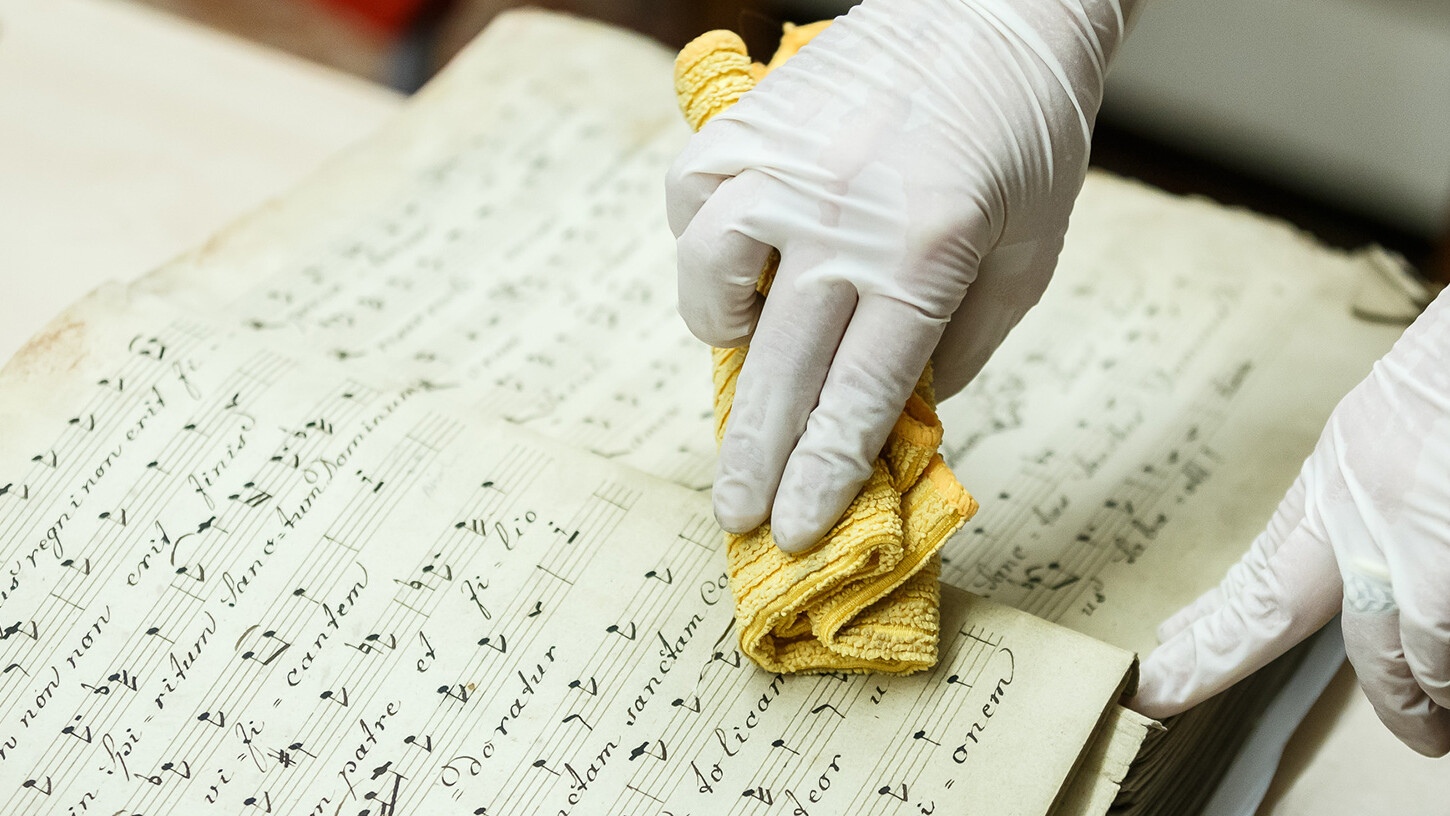 As we all know, water and paper do not go well together: a year ago, thousands of valuable and sometimes unique sheets of music kept in the 'Curhaus' (the presbytery) of St. Stephen's Cathedral in Vienna suffered considerable water damage. A dripping tap in the archive room on the 4th floor had gone long unnoticed and several centimeters of water had accumulated on the ground. The historical sheet music was found mildewed, washed-out and crinkled, and was thought to be irreparably damaged.

However, thanks to a collaboration between the Austrian Academy of Sciences (OeAW), the University of Vienna and the cathedral archives of the parish of St. Stephan, the sheet music has been restored after complete drying. Under the direction of OeAW musicologist Elisabeth Hilscher, students of the University of Vienna worked on the restoration of the historical sources for two semesters; examining, expertly cleaning, documenting and cataloging them. All the music can now be taken to its new location in the cathedral archive, where it will be stored professionally and made available for research and performance.

The collection comprises a total of 557 works – the last remnants of the historic cathedral archive, which was almost completely destroyed by the fire in the cathedral and the adjoining Curhaus in 1945. The works are all music for the liturgy, composed primarily for choir and orchestra or organ, as required for performance in St. Stephen's Cathedral.

The affected scores span three centuries, dating from 1669 to the 1960s, and mainly contain music for Christmas, Holy Week, Easter and Pentecost. Incidentally, some of the damage recorded did not result from the water damage of the previous year, reports Hilscher, but from the Second World War, as well as inappropriate storage in the decades before and after.

Valuable copies of the works of Mozart and Haydn

Among the most valuable of the now restored inventory are hymnals from the late 17th and early 18th centuries, as well as copies of works by Georg Reutter the Younger, Wolfgang Amadeus Mozart and Joseph Haydn and his brother Michael Haydn from around 1800, which were in use in the cathedral for several decades. The collection also includes contemporary copies of pieces by the cathedral’s Director of Music Johann Baptist Gänsbacher and by Maximilian Stadler.

"The history and origin of these sheets of music is often very exciting. In many cases there are stamps of other churches and music societies. Some of the works were played and sung only once, but the sheet music then remained in St. Stephen's Cathedral – it is not yet known why", Hilscher says. In addition to important instructions regarding their performance, many works include "a wild mixture of caricatures, math problems and jokes that were scrawled by contemporaries – especially the choir boys – on the scores", the OeAW musicologist says. Thus, the music archive of St. Stephen's Cathedral is not only about music history, but also important everyday testimonies that have now fortunately been saved for future generations.

ÖAW's Institute of History of Art and Musicology - IKM