Researchers from Austria and Germany have discovered a fragment of text from the end of the 13th century at Melk Abbey that could revise current thinking on how sexuality was viewed in the Middle Ages. 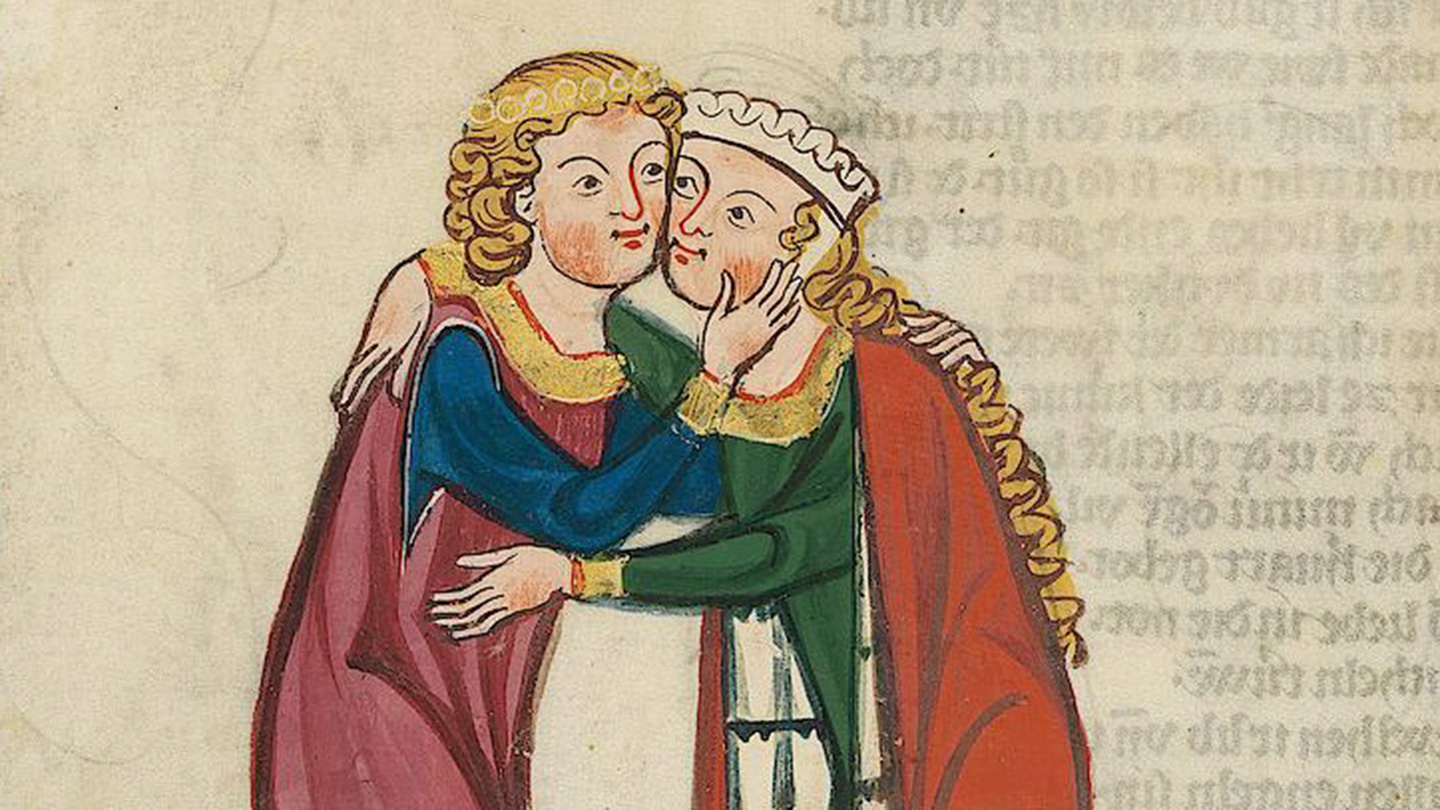 The Middle Ages are known for the love poetry of minstrelsy, as here in a depiction from the Codex Manesse (from around 1300–1340). But, as researchers have now found, medieval texts were sometimes more explicit. © Wikimedia Commons / University of Heidelberg

Medieval experts from Mainz, Marburg and Siegen as well as from the Austrian Academy of Sciences (OeAW) have made a spectacular find in the library of Melk Abbey. They came across a thin strip of parchment that at first glance seems inconspicuous, but which, on closer examination, is of great interest. Only a few letters per line are recognizable, and these were identified with painstaking patience. They come from a text that was previously known only from two much more recent copies.

The so-called "Rosendorn" (The Rose Thorn) tells of a virgin woman disagreeing with her talking vulva about which of them is most appreciated by men. Until now, it had been assumed that such openness regarding sexuality in the German-speaking world did not appear until the end of the Middle Ages, for example in the urban culture of the 15th century. The find from Melk, on the other hand, was written around 1300 and thus revises the previous research. It seems that 200 years earlier than previously thought, erotic poetry was written, recited and perhaps even staged. Apparently, such poems were rarely written down and have even more rarely survived to the present day.

The Melk fragment comes from a presumably once complete sheet that was cut and used to bind a Latin text. This was a common way of reusing valuable parchment. Whether its content was another reason why the "Rosendorn" was destroyed, we can "really only guess", says Christine Glaßner from the Institute for Medieval Research of the OeAW.

Glaßner came across the fragment in her scientific work on manuscripts from the Middle Ages at Melk Abbey in Lower Austria and finds the story that the text tells "incredibly clever. It shows that a person cannot be separated from their sex", says the expert on medieval manuscripts.

Nathanael Busch from the University of Siegen recently identified the fragment as part of the "Rosendorn" at a workshop at Melk Abbey; "an extraordinary achievement", emphasizes OeAW researcher Glaßner. The fragment of the text is now being further examined and described within the framework of the "Manuscript Census" of the Academy of Sciences and Literature Mainz, which is based at the Philipps University of Marburg.