The Austrian-based quantum physicists Oriol Romero-Isart and Markus Aspelmeyer, together with Lukas Novotny and Romain Quidant from ETH Zurich, will receive one of the prestigious ERC Synergy Grants. Together they want to explore the limits of the quantum world by positioning a solid-state object containing billions of atoms at two locations simultaneously for the first time. 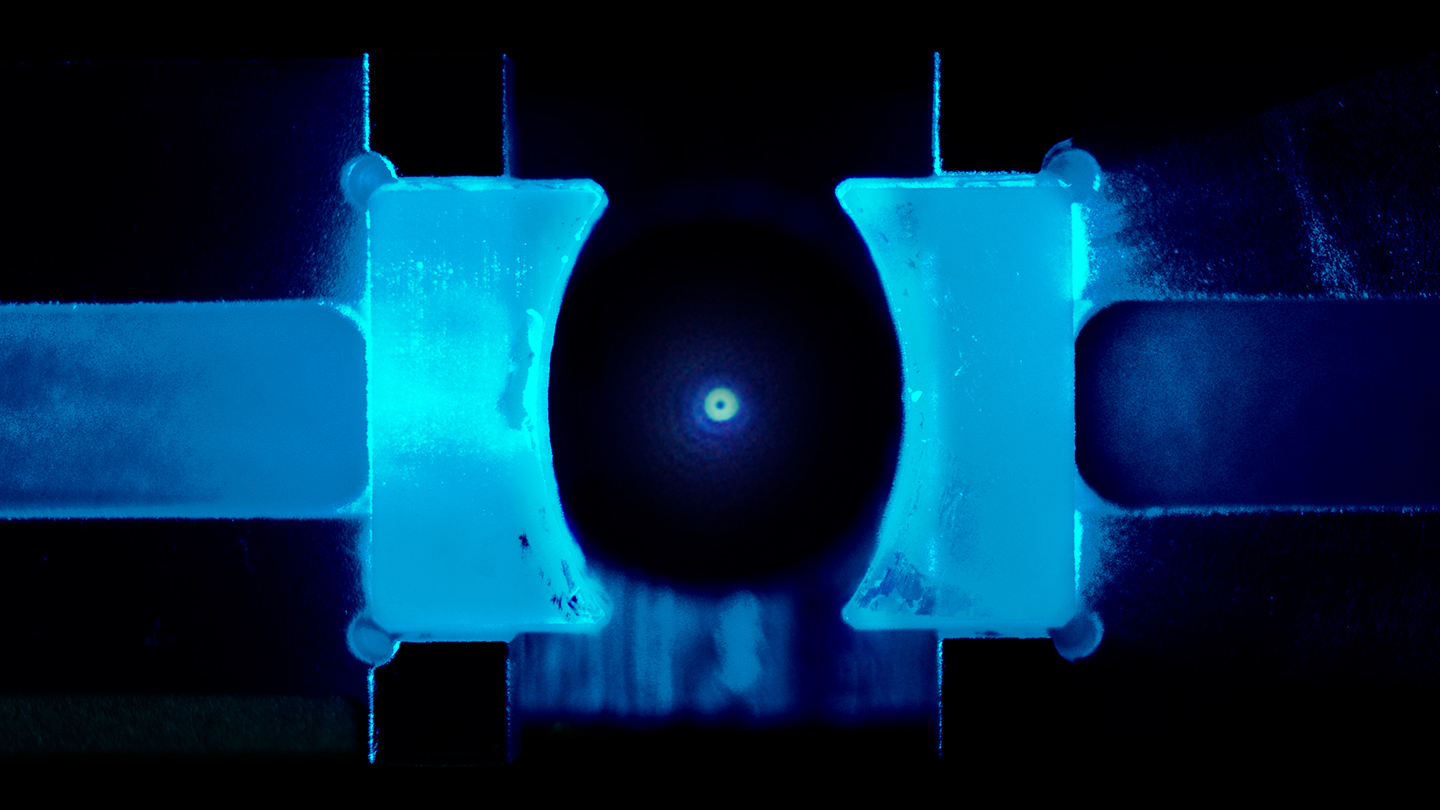 Even after more than 100 years of their discovery, the laws of quantum physics sometimes seem in contradiction to common sense. Most prominently, the superposition principle states that a single object can behave as if it were in several places at once. This behaviour is confirmed in milestone experiments: at the scale of elementary particles, atoms and even molecules containing thousands of atoms. But is this also true for the macroscopic domain, say for solid state objects visible to the naked eye?

In answering this question, the Austrian-Swiss research team, supported by the EU’s Synergy Grant, now wants to take a big step forward. “We want to put a nanoparticle consisting of billions of atoms into a large superposition state,” says project coordinator Oriol Romero-Isart from the Department of Theoretical Physics at the University of Innsbruck and the Institute of Quantum Optics and Quantum Information of the Austrian Academy of Sciences (OeAW), describing their common goal.

Reaching the goal together

Over the last years, the four researchers have developed new experimental and theoretical techniques to levitate and control such nanoparticles in the quantum regime in individual ERC projects. “We combine our know-how in fundamental science, nanotechnology and engineering to create a radical new approach to this question”, says experimental physicist Markus Aspelmeyer from the University of Vienna, who is also Scientific Director at the Vienna Institute of Quantum Optics and Quantum Information of the OeAW. In a joint effort, they will study the nanoparticles in a high vacuum, its center-of-mass motion cooled down to near absolute zero and levitating in a combination of optical, electric, and magnetic fields. “With this project, we are pushing the limits of what is technically feasible today”, adds Romero-Isart.

Since 2012, the European Research Council (ERC) has been using Synergy Grants to support research projects in which researchers join different expertise to achieve a goal that has so far been out of reach for science. After a multi-stage evaluation process and in competition with hundreds of other projects, the ERC now supports the Q-Xtreme research project conducted by the four physicists in Innsbruck, Vienna and Zurich.

Such quantum superpositions are very fragile and are sensitive to external influences such as inertial forces and gravity. It will therefore also be possible to use the experiments to analyze the influence of gravity on quantum superpositions. In addition, they will enable the development of sensitive measuring instruments for acceleration, rotation or gravity. The experiments will be carried out at Vienna and Zurich; Romero-Isart’s group in Innsbruck will complement the project with theoretical work.

There is even an historic component: the Austrian physicist and Nobel laureate Erwin Schrödinger ridiculed the possible consequences of such ``macroscopic superpositions" in his famous cat paradox. “Given the fact that Schrödinger held professorships at Vienna, Innsbruck and Zurich it seems the adequate place to conduct these experiments”, smile Aspelmeyer and Romero-Isart.