The scientific journal "Egypt and the Levant" is celebrating a big anniversary this year. The archaeological journal published by the Austrian Academy of Sciences was founded 30 years ago. The current anniversary volume highlights the genesis of Egyptian civilization in interaction with its neighboring cultures. 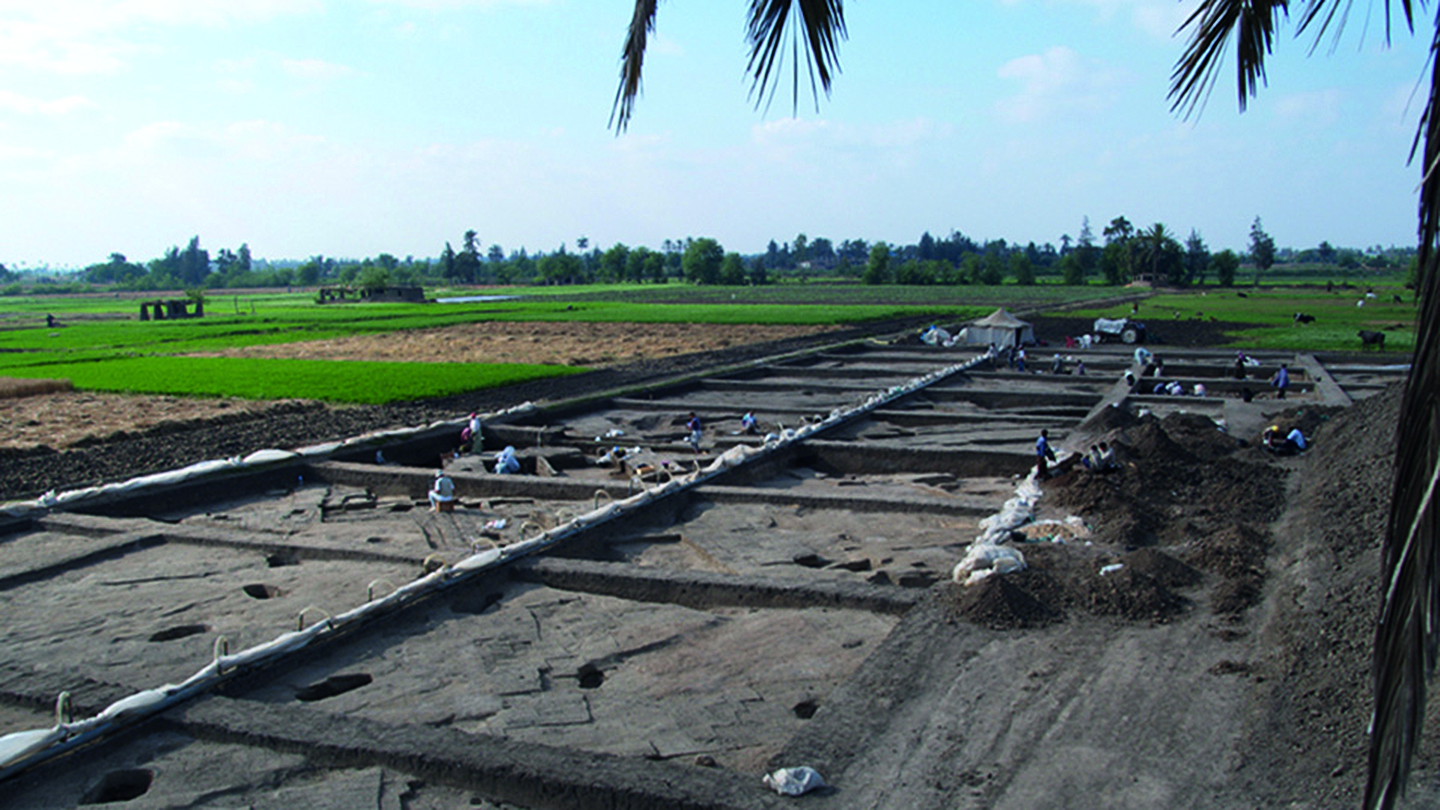 In the early years of "Egypt and the Levant", the journal was dominated by findings of excavations in the Hyksos capital Avaris (approx. 1850-1530 BC), today's Tell el-Dab'a. The fact that Near Eastern palaces, temples and living quarters of a Canaanite population had been found on Egyptian soil led to lively discussions, which were also initiated by the journal or conducted in it. Later came the discovery of planned Egyptian settlements of the Middle Kingdom (approx. 2000-1800 BC) and finally the research results on a huge palace district from the Tuthmosid period (approx. 1480-1400 BC).

Mysteries of the Hyksos and huge palaces

Due to its size and features, exploration of the palace district became a focus of the journal. With its Minoan frescoes, the 5.5-hectare palace district pointed to the close ties between Egypt and the Aegean. And here things come full circle, Manfred Bietak suspects: "Most likely, this palace complex is connected with the naval base of the Tuthmosid king called Peru-nefer, which is located in the old port city of Tell el-Dab'a." According to the ERC awardee, who received an Advanced Grant for research on the Hyksos, Egypt maintained trade relations in the Mediterranean area from here and used the base as a starting point for military campaigns in the Middle East. Later, a huge fortress was built at this location by King Haremhab (approx. 1314-1300 BC), who feared an impending confrontation with the Hittites.

Over the decades, the journal “Egypt and the Levant” has expanded its range of topics. It was an outlet for scientific discussion of a large project based at the OeAW that aimed to ascertain the order of well-known events from the 2nd millennium BC. In the meantime, publications on other excavation sites and specialised studies on the archaeology and history of Egypt, Nubia, the Near East, and the Eastern Mediterranean have been included.

For the anniversary volume, Christiana Köhler, Professor of Egyptology at the University of Vienna, was invited to write a lead article about her specialty, prehistoric Egypt. Together with contributions from international colleagues, the original aim of "Egypt and the Levant" has thus been developed further: to conduct a lively dialogue that illuminates the genesis of Egyptian civilisation in interaction with its neighbouring cultures.

The current issue of the journal "Egypt and the Levant" contains 29 articles by 47 authors who deal with topics as diverse as a clash of civilizations in ancient Egypt and trade routes in Anatolia in the early Bronze Age. The 633-page volume is available from the Austrian Academy of Sciences Press.