The OeAW archaeologist Irene Forstner-Müller heads the Austro-Egyptian excavation in Kom Ombo, where over 5,000 years of history are hidden in the desert sand. The researchers have already made some surprising discoveries, but much remains to be deciphered. 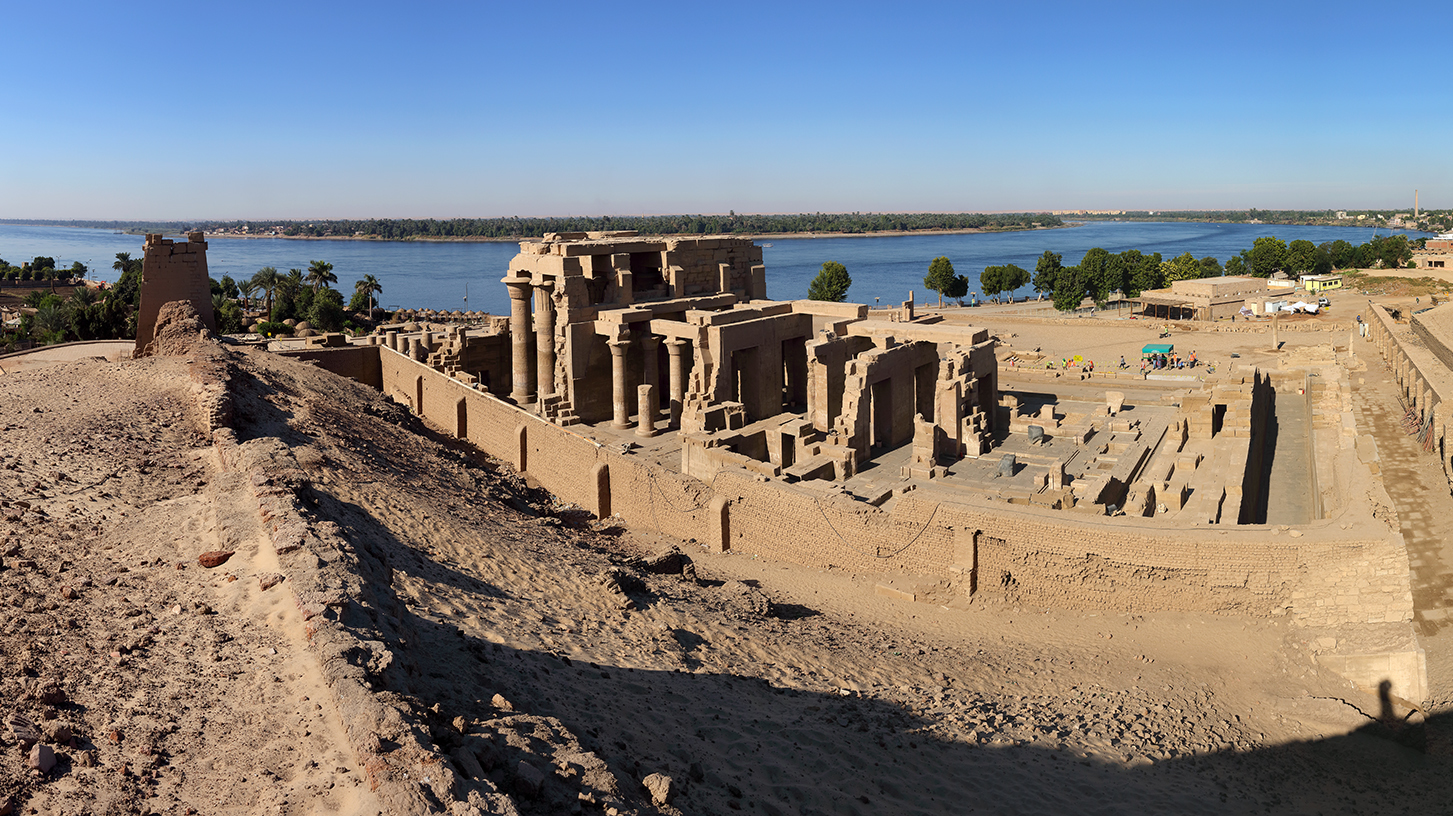 Ptolemaic temple and excavations in the background © ÖAI

"Archaeology is a bit like detective work", says Irene Forstner-Müller, a researcher at the Austrian Archaeological Institute of the Austrian Academy of Sciences (OeAW). And in Kom Ombo there is a lot of it to be done. The region harbors archaeological evidence from prehistoric to modern times, including traces of settlement that presumably date back to Egypt’s early history, indications of an important city as early as the 3rd century BC, and an English fortress from the year 1886. "All this is very exciting", Forstner-Müller enthuses. Since 2017, she has been leading the excavation at the site 45 km north of Aswan. With this project – a collaboration with the Egyptian Ministry of Antiquities (MoA) – Forstner-Müller and her team are entering new research territory: although Kom Ombo is well known for its Greco-Roman temple, the city itself has hardly been researched. That is now set to change.

What significant discoveries have you made so far?

Irene Forstner-Müller: Last year we were incredibly lucky with the place where we started to dig. We immediately cut into an area where we could see the transition between the cemeteries that are outside the city, a sort of fortification, and an administrative area within the city. We were able to date this to the so-called first intermediate period, i.e., around 2216 to 2025 BC. When we dug deeper there, to our great surprise, we came across parts of an even older building. It dates from the 4th Dynasty, the time of the Kings Cheops and Chephren, the builders of the famous pyramids in Giza. This proves that Kom Ombo was already a functioning city in the first half of the 3rd century BC.

How do you know that these were administrative buildings?

Forstner-Müller: We found rooms with storage facilities where grain was probably stored. Since grain served as a currency in ancient Egypt, we can conclude that we are dealing with an administrative site. The excavation of the English fortress is simpler, as the British army documented everything exactly. Since we know the layout, we do not have to speculate.

Were there particular highlights among the finds?

Forstner-Müller: The highlight of 2018 was a large number of seal stamps. In ancient Egypt, goods were always marked with clay seals to indicate the owners – or to make sure nothing was stolen. We discovered many seal stamps with names of Kings of the 5th dynasty. That means there were already close ties between Memphis, the then capital, and Kom Ombo in the mid-3rd century BC.

Did the excavation of the English fortress also yield special finds?

Forstner-Müller: Yes, we even found a link to Austria there: a fez. This headgear was widely used in Egypt in the 19th century, and Austria was the main producer at the time, exporting the hats to Egypt.

In October 2019, the third excavation season begins – what have you got planned?

Forstner-Müller: We hope to learn more about the age of the city. When did people first settle there? The longer-term goal is to get an overall picture of the city. Where exactly were the administrative centers? Where were the cemeteries? What paths did the arms of the Nile take during the different periods? In 2019 we also started an FWF-funded project on Kom Ombo in the Old Kingdom, i.e., in the 3rd century BC. We are grateful for that; it helps us a lot.

What do you enjoy most about your work?

Forstner-Müller: Finding out things or understanding connections - for example, if you suddenly realize, "Oh, that's an administration building!" Above all, I want to know how ancient Egyptian society worked. To discover something about that is more exciting to me than, for example, finding a gold container.