A modern center of research and knowledge is emerging in the old university quarter in the center of Vienna: the Academy Campus. With this, the Austrian Academy of Sciences aims to create a lively meeting place between science and the public and to further enhance Vienna's status as a research location. The construction work, which is being coordinated by the Bundesimmobiliengesellschaft as owner and project manager, has been in full swing since the beginning of the year.

Meeting areas, multifunctional event rooms, barrier-free access, a revitalized library, and modern research infrastructure: the Austrian Academy of Sciences (OeAW), together with the Bundesimmobiliengesellschaft (BIG), is currently creating the Academy Campus: a new center of knowledge in the old university district of Vienna. The construction and renovation work started at the beginning of the year in the 1st district around Dr. Ignaz Seipel-Platz and Postgasse. The departments of the OeAW affected by the current work can be found temporarily in the former Financial Directorate for Vienna at Vordere Zollamtsstraße 3.

During an inspection of the construction site on September 8, 2020 together with Anton Zeilinger, President of the OeAW, and Hans-Peter Weiss, CEO of BIG, Heinz Faßmann, Minister of Education, Science and Research, and Markus Figl, District Chairman of Vienna's 1st district, were informed about the construction operation, which is currently running at full speed in compliance with corona-related safety standards. They gained new impressions of the structural implementation of a modern research center in an historical setting.

Hans-Peter Weiss, CEO of the Bundesimmobiliengesellschaft: "Designing buildings in which science and research are at home is our special expertise. The Academy Campus creates inspiring spaces for academics at the OeAW. At the same time, this historically significant part of Vienna's center, with new open spaces and passageways, will also become an appealing environment for residents and passers-by. The Academy Campus opens up and becomes part of the city."

Heinz Faßmann, Minister of Education, Science and Research: "The Academy Campus is a decisive initiative to sustainably strengthen Vienna and make it even more attractive as a research location and a vibrant place for imparting knowledge. A campus of curiosity will result and that is the best resource for knowledge. We are investing 30 million euros in this project to make this traditional research location a contemporary place for encounters with the sciences, not least for the public. It is particularly gratifying that the old university library is also being reopened."

Markus Figl, District Chairman of Vienna's 1st district: "The connection between historical buildings and a modern research location makes the Academy Campus a particularly exciting project. The Academy Campus is therefore an asset for the inner city, both in terms of its scientific concept and its structural design. The revitalization and opening up of the old university quarter will create a lively place for education and encounters for people in the city center."

Revitalization and opening of the old university district of Vienna

A core element of the architecture is the opening of Vienna's old university district. In the future, a publicly accessible district characterized by a wide variety of sciences and with a campus area of around 11,000 m2 will invite people to visit, meet and examine the latest findings from research in the humanities and natural sciences.

For example, a green oasis is being created in the center of the campus, the old college, which will encourage encounters, reflection, and interaction. The historic arcade in Postgasse, which has been walled up for decades, will also be opened with a communication area including seminar and common rooms. In addition, the entrance in Bäckerstraße will be attractively designed.

Another centerpiece of the Academy Campus is the revitalized former library of the Jesuit College. The superbly preserved 240 m2 late Baroque ceiling fresco by Anton Hertzog is a reminder of its splendid past. Equipped with new bookshelves, modern reading and research spaces, and a gallery, which the hall originally housed, a large part of the more than 400,000 volumes of the OeAW Library will be available for academia and the public. In addition, new elevators will ensure barrier-free access to the Academy Campus and a modern infrastructure for academics and visitors.

"With the Academy Campus, science in all its diversity is coming to the heart of the city and to its people. The campus is a unique urban development opportunity in the center of a large city. As a result, Vienna will, even more so than before, become a capital of research and innovation. Especially thanks to the involvement of the nearby Wiener Postsparkasse, which is also to become an OeAW location in the future, the campus will be a lively place for imparting new knowledge. We want to actively invite everyone, and especially young people, to experience science and to share in our fascination of research," said Anton Zeilinger, President of the Austrian Academy of Sciences.

The construction and renovation measures were planned by Riepl Kaufmann Bammer, the architectural firm that won the competition organized by BIG in 2018. The Viennese firm impressed with its innovative architectural solutions in this listed setting, as well as high functionality and economic viability.

The investment costs amount to 34.5 million euros. The construction project is to be handed over from the BIG to the OeAW in summer 2021 (Dr. Ignaz Seipel-Platz property) and in spring 2022 (Postgasse property). 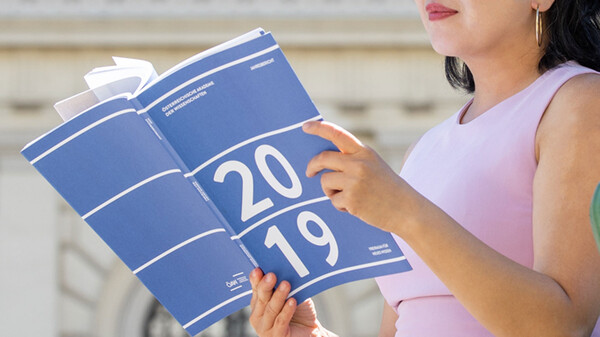