After George Floyd's death at the hands of police in the USA, people all over the world took to the streets to demonstrate against racism. Anglicist and member of the Young Academy Julia Lajta-Novak explains how this movement is reflected in literature. 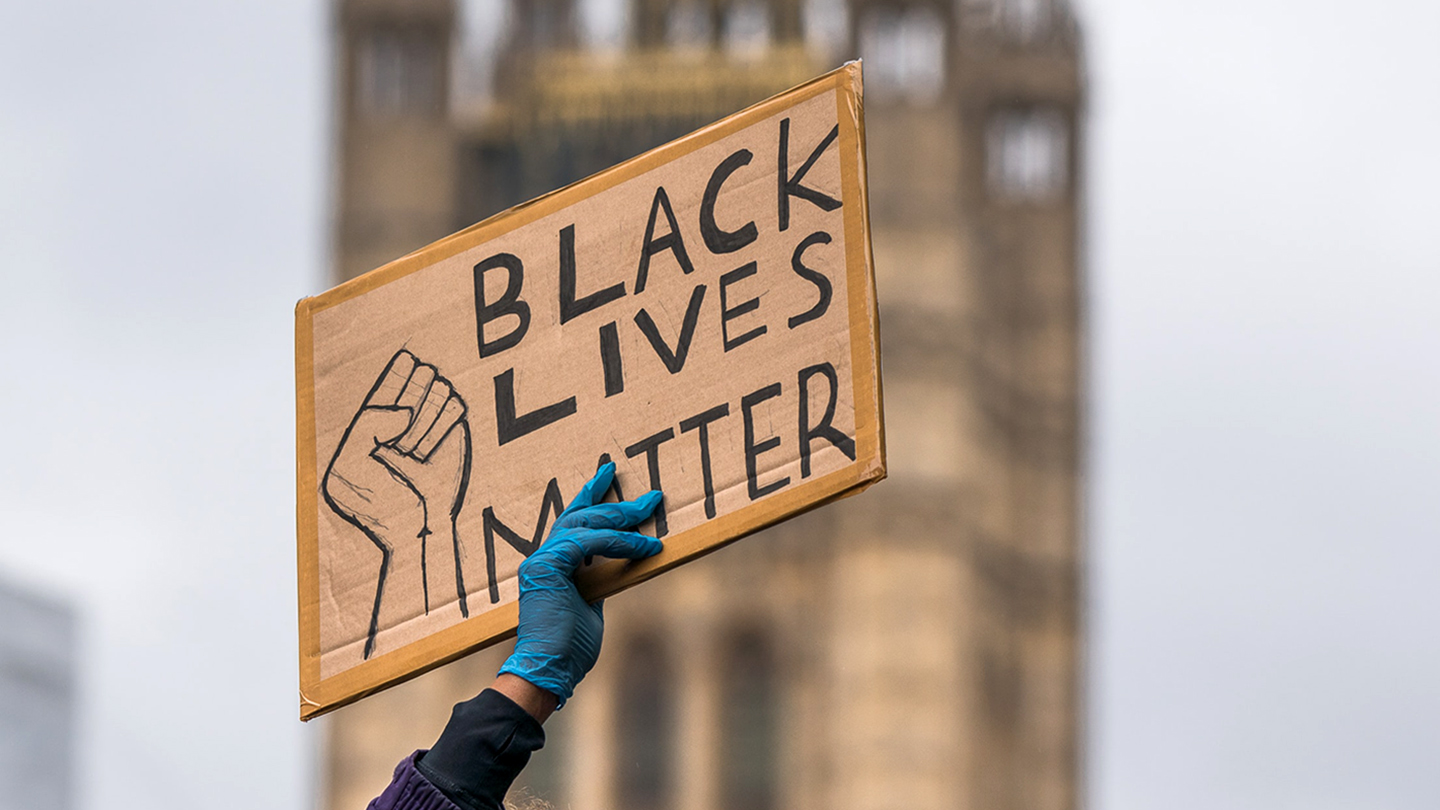 Under the hashtag #PublishingPaidMe, there is currently a lively discussion on Twitter about what authors earn. It became clear that Black writers receive significantly less front money than their White colleagues*. This is just one of the many injustices that, through the "Black Lives Matter" movement (BLM), is currently being highlighted. Anglicist Julia Lajta-Novak, who is a member of the Young Academy of the Austrian Academy of Sciences (OeAW) and who recently received an FWF START Prize, discusses in an interview why Black literature has for a long time received too little attention and why it is also important in academia to raise awareness of discrimination.

*Black and White are capitalized to indicate that they are not biological characteristics or actual skin colors, but political and social constructions.

How is the "Black Lives Matter" movement reflected in literature?

Julia Lajta-Novak: At the moment, there are BLM reading lists in many newspapers, from the "New York Times" to the "Guardian" to "Vogue", that show what great literature is out there; literature that until now has received far too little attention. For the first time, Black authors have topped the paperback charts in the UK. So, BLM is actually reflected in sales figures. Books such as Reni Eddo-Lodges' "Why I'm No Longer Talking To White People About Race" or Bernardine Evaristo's "Girl, Woman, Other" are being widely discussed.

Is this also an attempt by a White readership to fill educational gaps about racism?

Lajta-Novak: This is definitely an aspect that literature can contribute to. The die-hard racists will not be influenced, but the previously rather inattentive people in the center, who have never themselves become active in supporting anti-racist movements, are very much being mobilized. Until now there has been far too little visibility. A good example is the 2019 Booker Prize, which Margaret Atwood won together with Bernardine Evaristo. Who was talked about? Atwood. Even if a Black author manages to win a prestigious award, it goes under the media's radar.

Isn't it also problematic if you reduce Black literature to processing Black history?

Lajta-Novak: Sharon Dodua Otoo had something important to say about this in the opening speech of this year's literary competition for the Bachmann Prize. She asked: "Dürfen Schwarze Blumen malen?” Depending on whether or not a capital 'S' is used for 'Schwarze', this can mean either "Are black flowers allowed to paint?" or "Are Black people allowed to paint flowers"? There is an expectation that a Black author represents her community. Otoo emphasizes that diversity is important, that Black authors should not thematically be reduced to anti-racism. The US children's author Nic Stone recently mentioned this in "Cosmopolitan". As a teenager, she never recognized herself in the books that were read at school. It was conveyed to her that Black people don't experience adventures, they don't solve mysteries, they don't fall in love, they don't save the world. They only ever appear in books when it comes to racism or slavery.

A central theme is inclusion: in television studios, it is still predominantly White people discussing Black culture. Is there a new awareness emerging?

Lajta-Novak: The fact that we are speaking to each other may also say something about the lack of diversity in Austrian academia. But I think it would be wrong as a White academic to retreat and do nothing. At the Institute of English and American Studies at the University of Vienna, we are in the process of writing a public statement in which we declare our solidarity with BLM. It is increasingly important to provide our students with a critical thinking tool with which they can reflect on their own role and recognize their privileges in order to be able to fight against discrimination.

How did you get to the subject of Black literature?

Lajta-Novak: I finished my studies in 2004, but hardly came across any Black authors. I threw myself into the literary scene in London and it was a revelation how many great authors I heard and saw there. By now, many of my favorite writers are Black. From Zadie Smith to Kei Miller to Patience Agbabi, who is a great poet. But, essentially, everyone has to make their own discoveries.

Julia Lajta-Novak is a researcher and lecturer in English literature and cultural studies. She is currently an Elise Richter Fellow at the University of Vienna and has been a member of the OeAW's Young Academy since 2017. She was recently awarded a START Prize by the Austrian Science Fund FWF.