Researchers of the Austrian Archaeological Institute of the Austrian Academy of Sciences were able to solve a cold case of a relic that was discovered in the 1990s on the Hemmaberg in Carinthia. In a new book they now report on the more than 1,800 year old saint for the first time. 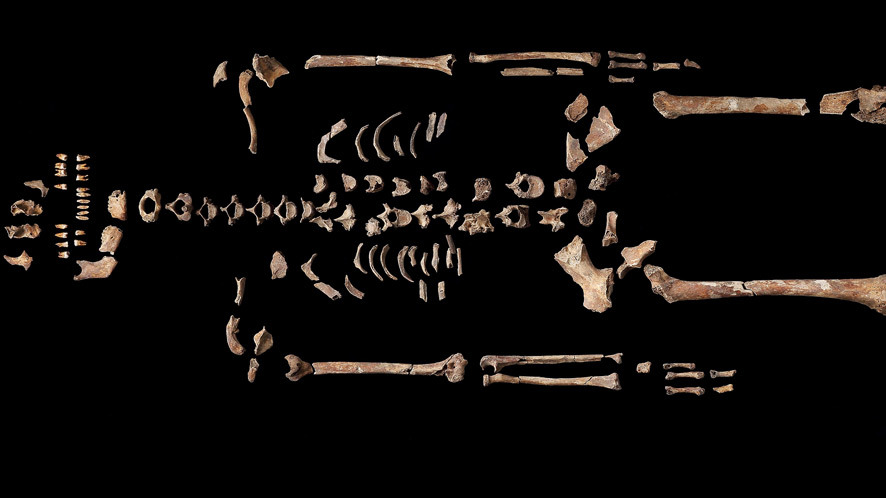 Since 2016 an interdisciplinary team under the leadership of Sabine Ladstätter and Michaela Binder of the Austrian Archaeological Institute (OeAI) of the Austrian Academy of Sciences (OeAW) has been studying a relic discovery that archaeologists uncovered on the Hemmaberg in Carinthia below the altar of the church in the 1990s. As a result of the newest scientific methods, such as a C14-analysis as well as isotope studies of human bones, scientists were now able to demonstrate that the woman who was venerated on the Hemmaberg lived during the period of the early persecution of Christians in the region and died in the 1st or 2nd century. The discovery represents the oldest saint of Austria. The researchers are presenting their results in a new book „Die Heilige vom Hemmaberg. Cold Case einer Reliquie” that has now appeared in the Verlag Holzhausen.

The Hemmaberg in Carinthia was a flourishing Christian pilgrimage site in the 6th century with close connections to upper Italy. The strong influx of pilgrims culminated in the construction of two double church complexes, numerous accommodations for pilgrims, squares, and auxiliary buildings. As the importance of early Christian pilgrimage sanctuaries was directly connected to the radiance of the saints venerated there, several churches on the Hemmaberg were also furnished with relics.

Relic discovery under the altar

In the Church N especially designed for the veneration of saints archaeologists came across relics during excavations in 1991 that had been deposited underneath the altar. The relic niche contained a 29 cm wide shrine made of stone with human remains and also a small wooden box and a silver ring.

Saint was between 35 and 50 years old

Although the niche had later been robbed and destroyed, the experts were nevertheless able to conclude that the human remains belonged to a woman who had died at the age of between 35 and 50 years in the 1st or 2nd century long before she was venerated as a saint on the Hemmaberg. She had lived in the time of the early persecution of Christians. Bioarchaeological investigations show that the woman suffered from illnesses since her childhood and was exposed to intense physical strain during her lifetime. Although the cause of death cannot be deduced, the believers apparently considered her to have died a martyr’s death imparting spiritual power over her human remains. A saint’s legend that might describe the circumstances of her death or her name is not recorded. The veneration of saints on the Hemmaberg did not last long. In the course of immigration of the Slavs around 600 who 2 at this point were still heathen, the pilgrimage site was destroyed. Today, the relics of the saint are again located on the Hemmaberg in the church of the saints Hemma and Dorothea.

The book „Die Heilige vom Hemmaberg. Cold Case einer Reliquie“ published by Verlag Holzhausen for the first time provides insights into cultural and historical details of the case, such as the special genetic origin and the difficult living conditions of the deceased, the reconstruction of the relic shrine, early Christianity in the Alps or the practice of dividing up relics. It also illustrates the use of modern methods and analytical procedures in modern archaeological research which is characterized by a high degree of interdisciplinary. 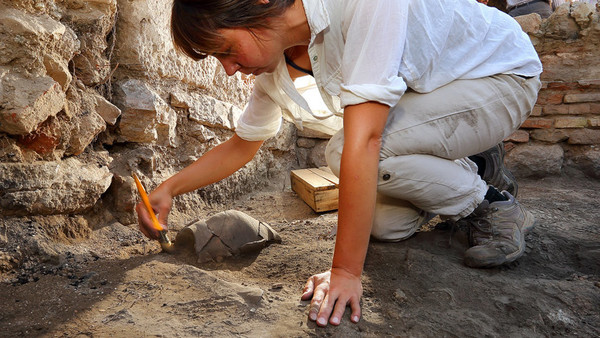