Most of the Oirats live in Bayingolin Mongol, Bortala Mongol, Ili Kazakh Autonomous Prefectures, as well as the cities of Ürümqi and Karamay. The main traditional occupations of the Mongols are animal husbandry and agriculture. Many of the Oirats work in government agencies or run their own businesses. According to the Xinjiang Uyghur Autonomous Region Bureau of Statistics’ data for 2006, the whole population of Mongolian origin in the region (Oirats, Chahar, Khalkha) reached a peak of 172,000 people. Based on various sources, Kalmyk scholar S. Khoyt claims that the total number of Oirat peoples in Xinjiang lay somewhere between 152,300 – 155,300 in 2005 (Khoyt: 153).

The topic of Oirat language dialects in China has not been adequately researched. The long-term separation of the Oirat subethnic groups in Xinjiang, as it seems to us, affected the appearance of small differences in the phonetic and lexicon of their language. Based on this, the conventional designation of Torguud, Khoshuud and Ööld varieties within the Oirat Mongolian language remains acceptable.

As the disparate groups live in small population clusters, are divided from each other by large distances, and live in areas where they are surrounded by other ethnic groups, the Oirats, along with the official Mandarin Chinese, learn to speak the dominant languages of the local population, such as  Kazakh, Uyghur or Kyrgyz. However, in the family most Oirats prefer to speak their native language.

In contrast to Kalmykia, the todo bichig script is actively used in Xinjiang and - beginning in 1934 - it was included in the newly established Oirat language education system, mass media and publishing.

The fact that the Oirat population in China remained small led to a lack of educational institutions at tertiary level which taught classes in the Oirat language and using the todo bichig script. This led in the mid 1970s –to the Chinese government deciding to replace todo bichig with the hudam bichig script, the old Mongolian writing system that was in use in Inner Mongolian education (Bitkeeva: 23). In the mid-2000s, education in the Oirat language was still available at elementary and secondary level in Xinjiang as well as at the philology department of the University of Pedagogics in Ürümqi (Bitkeeva: 23). Due to the great influence of the Inner Mongolian language through television, modern music and the internet, many young Oirats speak it very well and choose to study at the universities in Hohhot (Huh-Hoto), the capital of Inner Mongolia.

The Xinjiang Uygur Autonomous Region (or: Xinjiang) is the largest province of the modern People's Republic of China, situated in the northwestern part of the country. The area of Xinjiang extends over more than 1,600,000 square meters and its multiethnic population is comprised of 21 million people (2010 Population Census). For centuries, the territory of Xinjiang has been divided by the Tien Shan Mountains into northern (Dzungaria) and southern (Tarim Basin) parts, and it has seen of the rise and fall of both nomadic and sedentary states through the course of its long history.

Since the 15th century, the northern territories of Xinjiang became a homeland for the nomadic Oirat Mongolian tribes, also known as the "Dörben Oyirad" (Four Allies) alliance. One of the descendants of the alliance was the Dzungar Khanate, which was formed in the 17th century.

During the third war of the Dzungars against Qing's China (1775 - 1759), the Dzungar Khanate, weakened by the internecine war, was invaded and destroyed. Up to 80% of its population,  between 600,000 to 1 million people according to various estimates, were either killed or died from the related smallpox epidemic (Clarke: 37). After the extermination of Oirat Mongolians in Dzungaria, the Qing's administration brought in Han Chinese, Uyghurs, Manchus, Kazakhs and other people with different ethnic origins to colonize the depopulated land, which is now known as the Xinjiang Province.

Our Xinjiang Oirat collection represents a selection of our recordings that are fully archived in the EthnoThesaurus of the University of Jena. It includes photo, video and audio material recorded during field research conducted in July 2015 by Thede Kahl, Ioana Aminian and Chingis Azydov among Oirat Mongolians in Xinjiang Uyghur Autonomous Region of China. The research was conducted among the Torguud and Khoshuud ethnic groups living in Hoboksar Mongol Autonomous County and Bayingolin Mongol Autonomous Prefecture. The main focus of the research was people from older generations, their immediate descendants, native speakers of the Oirat language, folk singers and musicians. The collected material mainly consists of Oirat folk songs of ut duun (long song) and shöshtyr duun (short song) genres, the Jangar epic, dance melodies performed on the two-string instrument tovshuur and expressions of well-wishings and benedictions, known as jöräl. Other subjects recorded are fairy tales, the oral tradition of dörä-mälä (stirrup & whip), one of the components of the Oirat wedding ceremony. Furthermore, the collected materials contain sequences of speakers’ attitudes towards their native language and culture and the ongoing language shift. All interviewees have agreed to the publication of the excerpts presented here.

The archive includes three hundred twenty-eight video/audio files with a total duration of 15 hours as well as one thousand seven hundred annotated photos. The publication of further material is a long-term process since each publication is accompanied by transcriptions, translations, annotations and the final confirmation of the consent of the performers.

VLACH and the researchers involved express their deep gratitude to Professor Möngke Bu, Tsagaankövüün Choluunbatyn, Suvsan Jimbiin, Bainkishig, Zorig and Baatar for their great help in the organization of our field work in Hoboksar and Bayingol regions of Xinjiang. A significant contribution in the work on transcribing and translation of the archive was made by our community consultants in Xinjiang and Kalmykia, Bayandalai Batan and Sanal Mandzhiev. 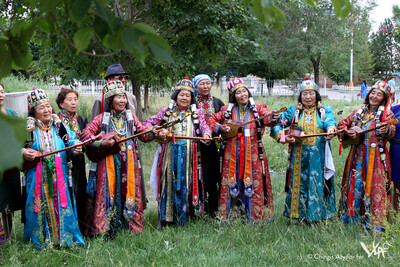 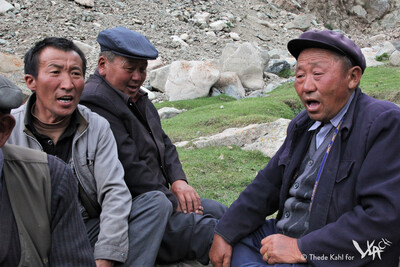 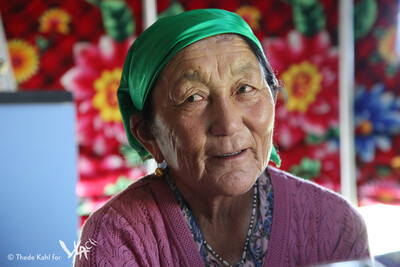 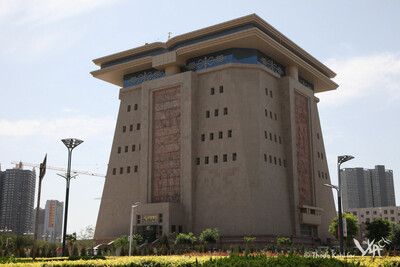 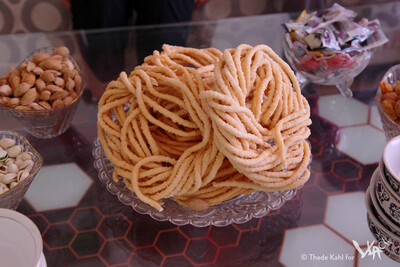 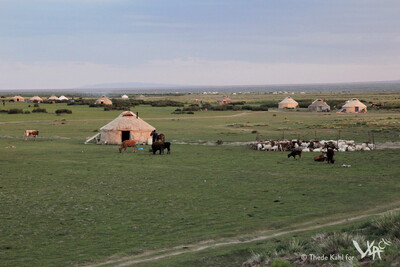 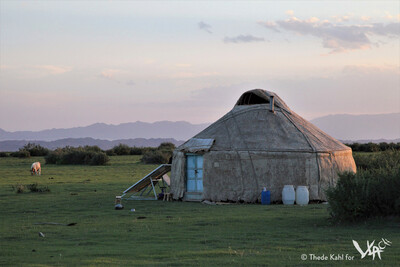 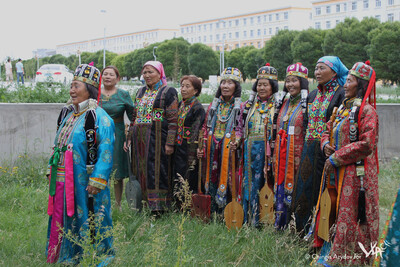 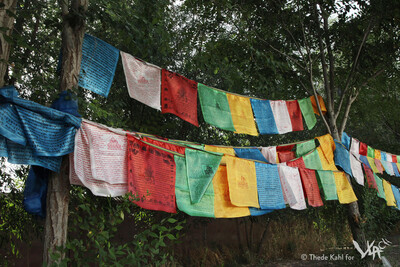 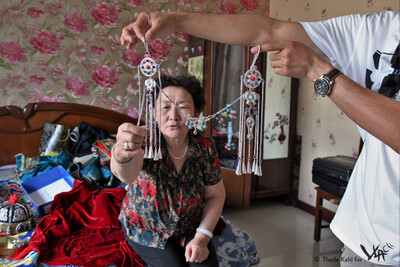