Successful Presence of CMC at the 2016 ICA Annual Conference

Huge success for the CMC delegation at the 2016 Annual Conference of the International Communication Association (ICA), held from June 9-13 in Fukuoka, Japan. 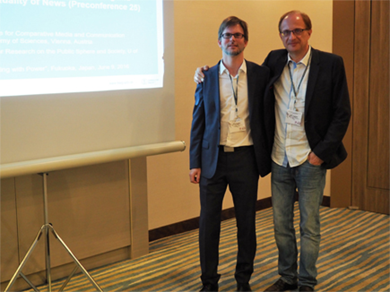 Huge success for the CMC delegation at the 2016 Annual Conference of the International Communication Association (ICA), held from June 9-13 in Fukuoka, Japan.

Tobias Eberwein’s paper “Measuring Media Accountability in Europe”, co-presented together with Susanne Fengler from the Erich Brost Institute for International Journalism, disclosed exclusive findings from a comparative study of infrastructures of media self-regulation in 30 different countries – and stimulated a lively discussion among the panel participants.

Josef Seethaler and Gabriele Melischek’s presentation of the results of their long-term research on Austrian campaign communication, revealing a U.S.-like process of continuous shortening of candidates’ soundbites on soundbites in TV news, found its way into Twitter.

Eberwein, T., & Porlezza, C.: Both Sides of the Story: Communication Ethics and Media Accountability in Transition

Melischek, G., & Seethaler, J.: ‘Americanization of the Press’: The Success of American Journalism in the Habsburg Empire, 1850-1910

The research Group Media, Politics & Democracy is looking for a new team member! 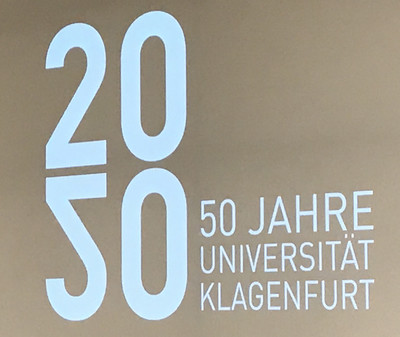 CMC wishes a very "Happy Birthday" and is looking forward to the many events celebrating the anniversary in 2020.